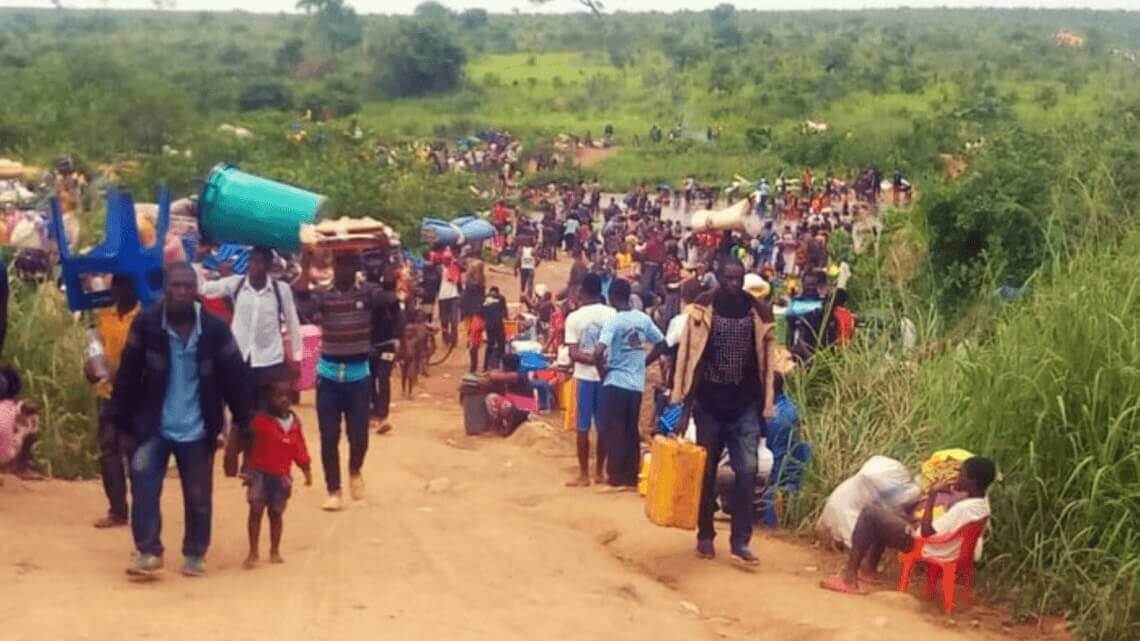 The unstable Congolese region of Kasai is once again threatened by a serious humanitarian crisis. Located on the border with neighbouring country Angola, Kasai became a refuge for hundreds of thousands of Congolese who were deported from Angola. Caritas International closely monitors the situation through its humanitarian alert system.

A total of 406,716 people have already been expelled from northern Angola to the Democratic Republic of Congo. The expulsions are brutal and also affect Congolese people who have lived in Angola for generations. Caritas and local authorities recorded testimonies of extortion and (sexual) violence. There are also children who lost their parents in the panic of the moment.

The large majority of all expelled Congolese end up in Kamonia, Kasai.  They had to leave everything behind and the hardship there is great. People sleep under the stars or in buildings such as churches, have little food or potable water, no household items and limited access to sanitation. A lack of transport means that long distances have to be covered on foot, on an empty stomach and at the risk of violence.

Living conditions in Kasai are already difficult due to the consequences of the armed conflict between the Congolese army and the Kamwina Nsapu militias. Two years after this crisis – which was explored in depth in our #Kasainow campaign – the current influx puts extra pressure on the fragile peace in this region. One deported person has already lost their life during the tensions with the host community in Kamonia.

Two years after the crisis in Kasai, the current influx puts extra pressure on the fragile peace in this region.

Important developments and humanitarian needs are mapped out through the humanitarian alert system. This mechanism is based on the Church’s network in the DRC and enables residents of remote dioceses to pass on information to Caritas and its humanitarian partners in the country. It is operational in Kasai and was also set up in Matadi and Popokabaka.

The information gathered is disseminated by the United Nations Office for the Coordination of Humanitarian Affairs (OCHA) and is essential to ensure that aid is tailored to needs.

Just six weeks after the devastating passage of Cyclone Idai, Mozambique has been struck by another natural disaster. Cyclone Kenneth raged across the ocean with windspeeds…