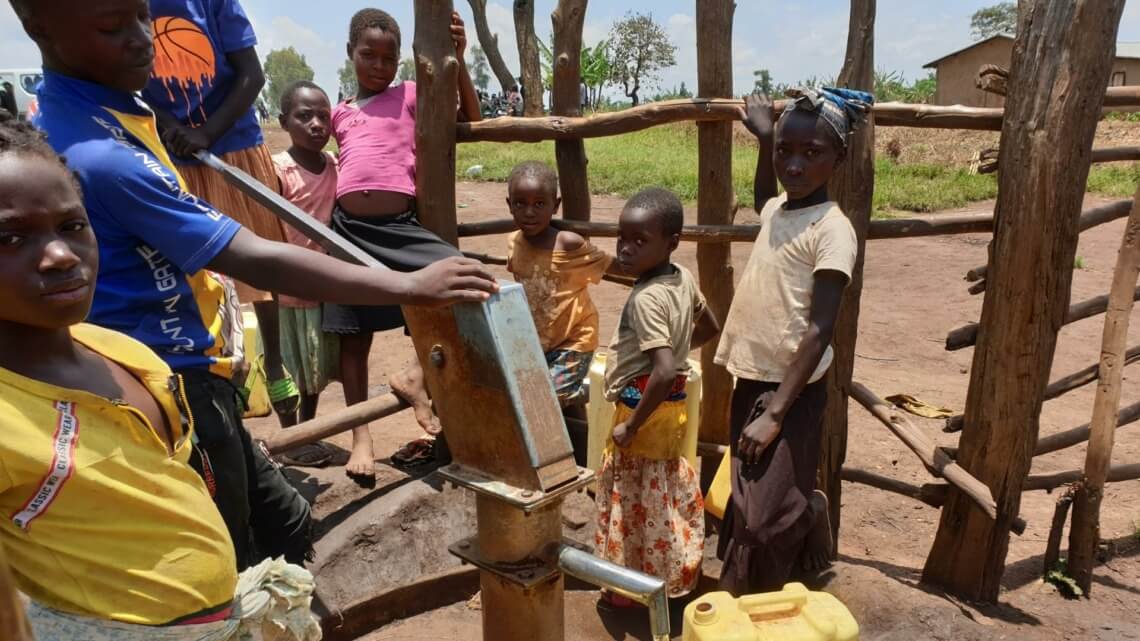 Caritas International - In the host village of Kyangali in Uganda, Caritas seeks to protect women and children and to help fight poverty by providing vocational training and employment support.

Caritas International - In the host village of Kyangali in Uganda, Caritas seeks to protect women and children and to help fight poverty by providing vocational training and employment support.

Uganda is the largest refugee-hosting country in Africa. Although many Ugandans live in poverty, the population does what it can to welcome refugees with dignity. However, insecurity and lack of employment are major problems. Caritas is helping to find solutions.

Due to the many conflicts and uncertainties in neighbouring countries, Uganda has been the largest host country for refugees in Africa for years. Many of them come from eastern DR Congo because of the ongoing instability. By mid-2021, the United Nations High Commissioner for Refugees (UNHCR) counted 429,500 Congolese refugees[1].

A reception model based on resilience

According to the Office of the Prime Minister (OPM), the body responsible with UNHCR for coordinating refugee reception places, the model is based on resilience. This means that refugees are supported to start a new life on their own.

“Because Uganda has an open door policy for refugees, they have access to employment and other essential services such as education and health care. They have freedom of movement within Uganda, have papers and are free to set up their own businesses,” explains Marisol Martinez, responsible for Caritas International projects in Uganda.

As Uganda has an open door policy for refugees, they have access to employment and other essential services such as education and health care. 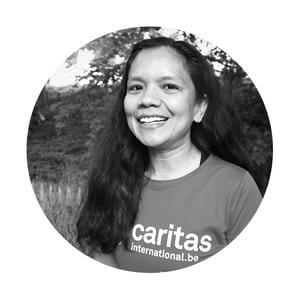 Refugees and host communities live together

“Another particular aspect of this model is that refugees and host communities live together in settlements[2]. So they have to share natural resources, which sometimes leads to conflicts, especially when refugees have arrived in large numbers,” explains Marisol.

The community makes land available to grow crops for its own consumption. The standard size of land allocated to refugees has decreased over the years. In 2016, refugee families were given 50 x 50 m² plots of land, then it was reduced to 30 x 30 m² and recently allocations have been further lowered to only 10 x 20 m². In addition to land, another source of conflict is the consumption of “fuel” (felled trees).

Traditionally, refugee settlements have been established in the poorer regions of the country, in part to promote rural development in remote areas. However, many evaluations have shown that host communities are sometimes worse off than refugees, as they do not receive support to meet their basic needs.

“To avoid tensions and conflicts over access to resources, the Ugandan government has required humanitarian organisations to set aside a portion of their budget (30%) for host communities,” says Marisol. “We fully support this approach. Caritas is working on sustainable livelihoods for refugees and locals, not only in Uganda but also in other countries where refugees are hosted.”

Violence and poverty are the main problems

According to the WRC, domestic violence is a major problem in the host villages, as is child marriage. It is not uncommon for girls to marry as young as 14 to escape poverty. Refugees find it very difficult to earn a living and unfortunately there are only a limited number of NGOs active in this sector.

In addition, the World Food Programme (WFP) is forced to drastically reduce food rations (paid in cash): the amount of 31,000 Ugx (Ugandan shillings) per registered refugee per month has already been reduced to 19,000 Ugx. The organisation plans to further reduce this amount to Ugx 12,000, or less than 3 euros per month. Already this summer, Bernard, a refugee in Kyangwali, testified: “We receive aid from the UN World Food Programme, but it is not enough.” 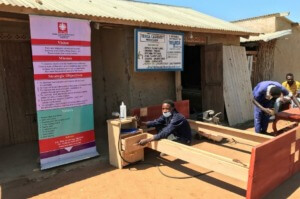 © Caritas International – Bashimbe Begole, a young Congolese refugee in Uganda, has found work as a carpenter thanks to a training programme.

With funding from the Belgian Development Cooperation (DGD), we have been working since January 2021 to create opportunities for self-sufficiency and better protection in Uganda. Marisol recently visited Kyangwali and met Bashimbe Begole, a 21-year-old Congolese who fled violence and arrived in Uganda 4 years ago: “He was selected to train as a carpenter at St Josep Muteme school. Because of Covid and the closure of schools, he was unable to complete his training. But he is determined to get back on track and graduate as soon as he can. In the meantime, he is passing on his knowledge to other young people and earning a little money by selling beds, tables and chairs… A good example of sustainable and successful support.” And the help doesn’t stop there for Bashimbe Begole and so many others like him: Caritas continues to accompany him to achieve lasting positive changes for and with refugees and host communities.

>> Stay informed by subscribing to our newsletter! (in French or Dutch)

In Uganda, refugees are accommodated in refugee settlements rather than camps. They are given a plot of land to cultivate and are allowed to work and travel. The aim? Greater autonomy and better integration with the host community. 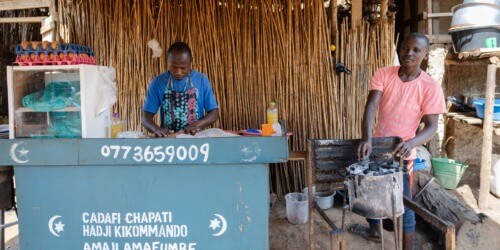 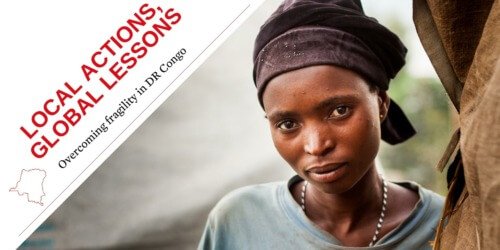