Working together towards better support of human trafficking victims 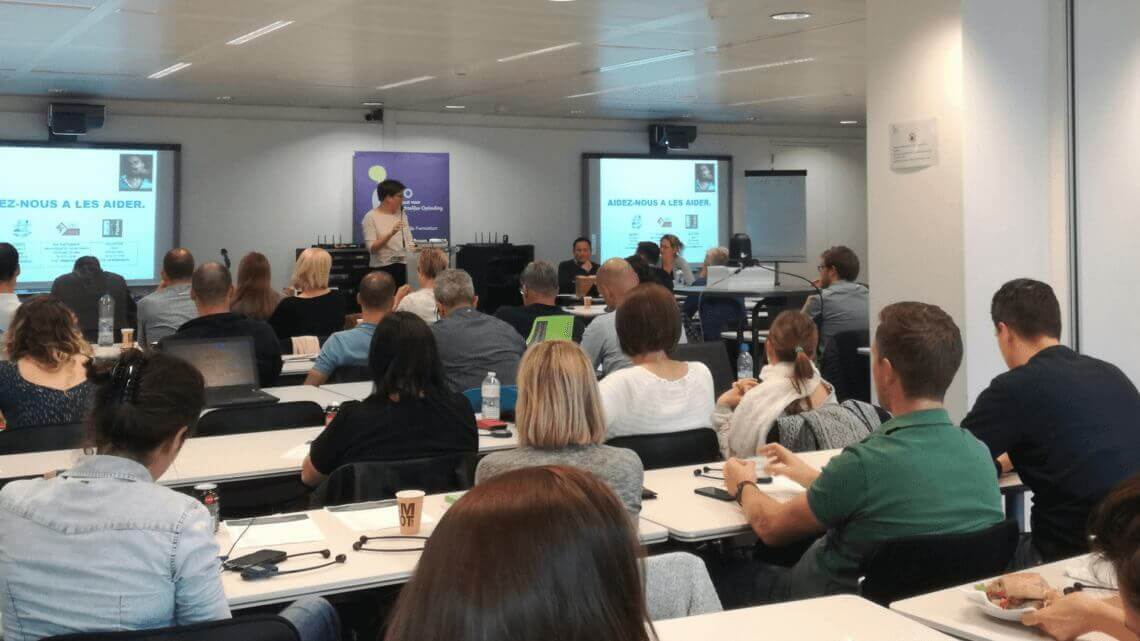 Samantha was only 7 years old when life took a turn for the worse. She was abandoned and abused, leading to psychological problems. As a teenager, she ended up in prostitution through her so-called ‘friends’. “Sexual exploitation is a form of human trafficking,” says Samantha’s guardian, Ilse Van der Straeten.

Other forms of human trafficking include begging, forced labor in undignified conditions, organ trafficking or forcing someone to commit crimes. Human trafficking[1] is therefore not the same as human smuggling; these concepts are often confused. Caritas is participating in a European project to improve protection for victims of trafficking, for example by exchanging positive practices between countries of origin and destination and the strengthening of a multidisciplinary and transnational approach. Ilse van der Straeten is following up on this project.

WHAT IS THE EXPERTISE OF CARITAS WITH REGARD TO HUMAN TRAFFICKING?

Ilse:  We mainly have experience with child trafficking victims. Of the 85 unaccompanied minors I have supervised, about seven have been victims of trafficking. Most were girls forced into prostitution.

With limited financial resources and little in terms of future prospects, prostitution seems to be a way out and a way to survive. It’s referred to as “easy money.” Prostitutes are often young people who have been abused, neglected, or exposed to violence at a very early age. This makes them particularly vulnerable to people who give them attention, but for the wrong reasons. Moreover, it is a well-known phenomenon in psychology that traumatized people seek trauma because they are familiar with the situation and have learned how to survive in it.

It takes time to build a relationship of trust. Young people have to be removed from the negative environment, but very often they are then dragged from one care center to another. One of the children I supervised had stayed in 7 different care centers within a year. The guardian is still the only person who stays with you at all times.

ARE YOUNG PEOPLE ALSO INCLUDED IN THE EUROPEAN PROJECT?

Ilse:  No, the project focuses on European adult victims of human trafficking. These are often Roma, a group with which we also have experience. But because this project goes beyond our expertise, we have built up a network of partners[2]  within Belgium.

Through a multidisciplinary approach, we want to provide better assistance to victims. We have therefore developed a handbook for aid workers and set up training courses in the participating project countries. The training in Brussels took place at the beginning of this month.

HOW DID THE TRAINING GO?

Ilse: We really wanted to determine beforehand where the weak spots were, so that we could plan our response. In a meeting with as many stakeholders as possible, we worked to identify these weak spots together. One of the results of this meeting was the realization that, among other things, victims of trafficking are often not recognized as such. For example, because they are active in the world of drugs and prostitution, they can be seen as criminals rather than victims.

In theory, victims of human trafficking end up at the reference magistrate for human trafficking. However, precisely because victims do not always wish to identify themselves as such, they often end up in the hands of the police and magistrates. It is therefore important to train these units and teams as well. This is of course extremely complicated, given that front-line services consist of many local police forces. This is why we also invited a police training officer to our training so that they can pass on their knowledge.

WHAT WAS SPECIFICALLY DISCUSSED AT THE TRAINING?

Ilse: Experts came to explain various topics: victim identification, the multidisciplinary model, teenage pimps or lover boys, the impact of trauma, support from centers where victims are taken care of… Many of those present were interested in the psychological consequences of exploitation.

I also found it interesting to see how the police ”plukteam” works. They investigate the financial flows of criminal organizations. In addition, the Federal Judicial Police demonstrated how to track down gangs via the internet. Social media is an important channel to recruit victims. It works in two directions; I also see that young people easily expose themselves and their private lives on social media.

The training was an interesting part of this project, and it brings us one step closer to better protection and assistance for the victims of human trafficking.

Human trafficking is defined as the recruitment, transportation, transfer, accommodation, reception of a person, exchange or transfer of control over him or her for the purpose of sexual exploitation, begging, putting to work in circumstances contrary to human dignity, exploitation for the purpose of organ trafficking or making someone commit crimes.