What impact does development have on South-North migration? 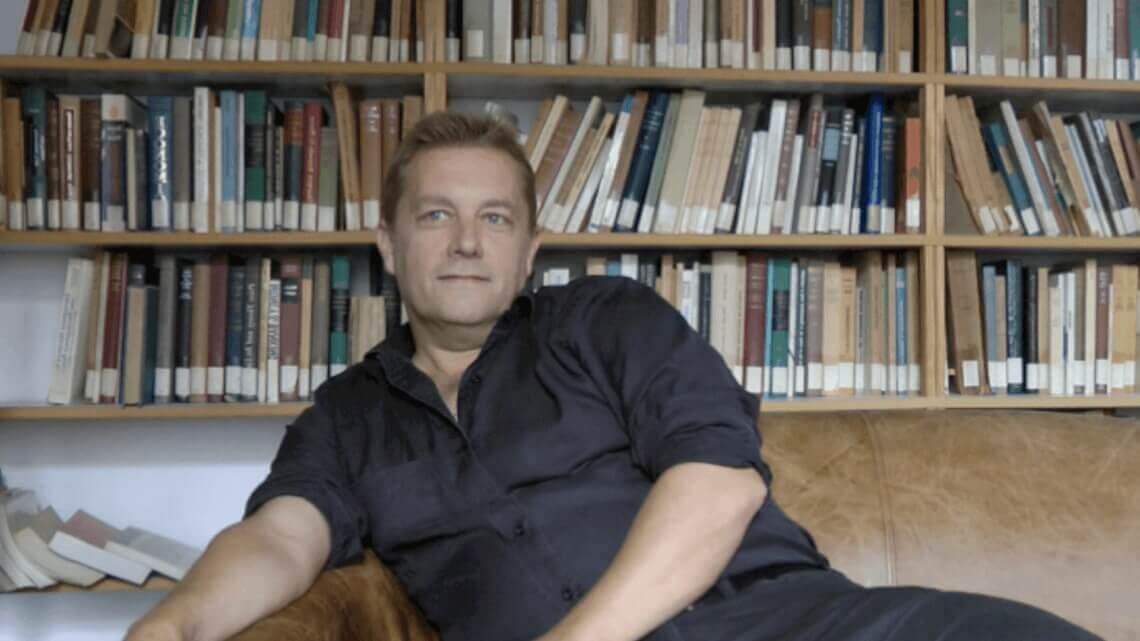 In recent years, many media in Europe have focused their attention on migration from developing countries (the South) towards developed countries (the North), but the figures are clear: this type of migration is less common than migration from the South…to the South. What accounts for South-North migration? What is its impact? These are the main questions we submitted to Frédéric Docquier, economist, researcher, and professor at the Université Catholique de Louvain. The report and video of this interview are below.

Before we start the interview, it should be mentioned that the macroeconomic reasons for migration – income inequality, education level, conflict, demographics – are only part of the story. Other factors such as social and cultural norms, family status or personality traits are equally important factors of migration. All these factors are interlinked. 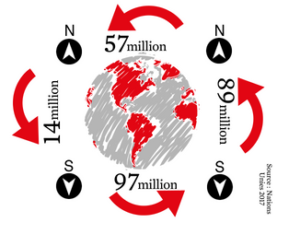 Professor Frédéric Docquier brings us his expertise on migration and especially about the macroeconomic factors that explain South-North migration.

WHAT ARE THE MACROECONOMIC EXPLANATIONS FOR MIGRATION?

Frédéric Docquier: Inequalities between countries are an important determinant of South-North migration, but it is not the only one. Other variables (possibly correlated with income level) also have an impact, such as educational level, geography, population structure, networks, etc.
Education is an important determinant of migration, as the educated have a greater tendency to migrate compared to the uneducated, especially when the country is underdeveloped[1].

WHAT IS THE IMPACT OF DEVELOPMENT ON MIGRATION?

Docquier: Some expect that economic development will have a negative impact on migration (that more development would mean less migration). 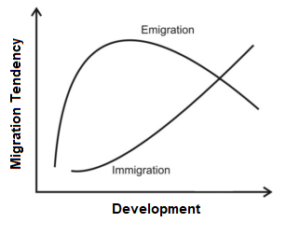 Docquier: Many people think that everyone wants to leave their country. But leaving your country is a very difficult decision. Only 2-2.5% of the population in developing countries live in rich countries. Since the 1960s, this tendency to migrate from the south has remained fairly stable despite slight upward fluctuations.

This continuity can partly be explained by the fact that international inequalities between rich and poor countries have persisted since the 1960s.[2] The slight upward fluctuations can be explained by the improvement in the level of education (although on average very limited), but also by conflicts. Red.: Conflicts have particularly affected South-South migration since 85% of refugees are being received by developing countries.[3]

Many people think that everyone wants to leave their country. But leaving your country is a very difficult decision. Only 2 to 2.5% of the population in developing countries live in rich countries.

WHY HAS THE PROPORTION OF PEOPLE FROM THE SOUTH NOT CHANGED, YET THE QUANTITY HAS

WHAT IMPACT DOES MIGRATION HAVE ON COUNTRIES IN THE SOUTH?

Docquier: On average, migration is positive for all countries of origin at every level of development.[4]  Migrants send money to their networks and stimulate trade, the spread of technology and ideas (gender equality, democracy, etc.).

This interview was conducted as part of the #whatishome campaign [5] in which we look for the link between migration and development. What is the link between migration and food security? Migration expert Anna Knoll (European Centre for Development Policy Management) explains. Soon we will also publish an interview with Frédéric Docquier about the impact of migration on the countries of arrival.
Want to know more? Stay informed by subscribing to  our Advocacy newsletter, or follow us on Facebook and Twitter.

VIDEO OF THIS INTERVIEW

#whatishome is a three-year social media campaign financed by the European Union in order to raise awareness and to develop education (DEAR) as part of the MIND project. 11 countries and 12 Caritas organizations are participating in this campaign. Click here for more information. The contents of this campaign fall under the responsibility of Caritas International and do not necessarily reflect the official positions of the European Union.

The tendency to migrate refers to the average percentage of people leaving the country, i.e. the percentage of emigrants in relation to the total population.

Income differences between rich and poor countries have remained constant since the 1960s. Inequalities were  very large then, and they still are.

All results are averages. For some countries – such as Haiti or Jamaica – emigration has a negative impact on the development of the country.

#whatishome is a campaign in 11 countries with 12 Caritas organizations. It receives financial support from the European Union. Click here for more information.