Is climate change a leading cause of migration? 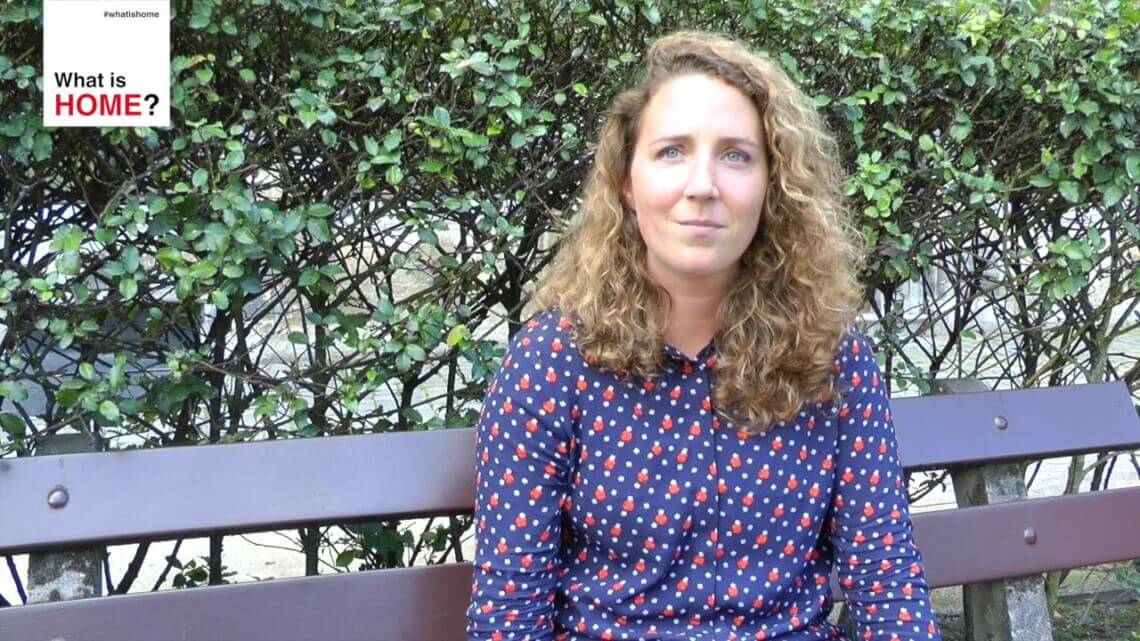 The number of storms, droughts, and floods has tripled in the last 30 years. It is a fact that the climate is changing. Vulnerable communities in the South are particularly affected by the devastating effects of climate change. Is migration a way out for them, or part of the problem? The following is an interview with Lore Van Praag (University of Antwerp), a sociologist who conducts research on climate migration.

IN YOUR OPINION, CAN WE SPEAK OF 'CLIMATE MIGRANTS' OR 'CLIMATE REFUGEES'?

Lore Van Praag: Yes. There are many people who migrate because of climate change and its political, economic and social consequences. If we were to look at migrants’ stories in Europe and investigate the reasons for their migration, we might see that climate change often plays a role. Climate migration is not just a phenomenon of the future, but a current reality that has existed for several years. This, however, is not widely accepted.

When we talk about climate refugees, the image that often comes to mind is that of the islands that will disappear as a result of rising sea levels. Take the floods in Kiribati, for example.[1] People will have to leave there, and that is of course also a form of climate migration. But the link between migration and climate change is rarely so directly causative.

So, I think there are already a lot of climate refugees, but they are not yet categorized as such.
Climate migration is not just a phenomenon of the future, but a current reality that has existed for several years.

Climate migration is not just a phenomenon of the future, but a current reality that has existed for several years.

SHOULD WE CREATE A NEW CATEGORY FOR INTERNATIONAL PROTECTION - THE CLIMATE REFUGEE OR CLIMATE MIGRANT?

L.V.P: Thinking about climate actually puts pressure on the traditional classification system, which classifies migrants based on the causes of migration, such as poverty, famine, economic migration, political problems and conflict. It is very difficult to know whether climate change has played a role in every region where migrants come from. Look at the floods in Kerala[2]: are they the result of climate change, or are there just unusually strong monsoon rains this year?
Suppose we make a category of ‘climate refugees’. Every time someone demands asylum, a link between migration and climate will have to be demonstrated for the specific region from which the refugee originates. Moreover, the term ‘refugee’ implies that a direct threat to the person’s own life forced him or her to migrate. But in the case of the Kiribati Islands, this is about a future danger. Those people already know that they will have to leave. But do we have to wait until disaster strikes to be able to grant them refugee status?

That is why everyone is stuck with this classification. Perhaps we should think about a new system on the basis of which we can decide whether we can grant a new protection status. I do think some kind of recognition is important because it shows that people do not just leave for pleasure. It is a very difficult task to come up with a category for climate migrants, but I believe that policy makers can and should take people who migrate because of climate change into account.

YOU HAVE DONE RESEARCH ON CLIMATE AND MIGRATION IN MOROCCO. HOW DO MOROCCANS ADAPT TO CHANGING LIVING CONDITIONS?

L.V.P: I have done research in the region of Tinghir, which is a region strongly affected by climate change. Drought has always been an issue – think of the water wars in the 1950s – but now it is becoming a growing problem. Riverbeds are more often drier, underground water sources have disappeared, and there are increasing levels of desertification. Looking back, we know that this is a consequence of the global warming.

In the past, people could live off a small piece of land that provided them with enough fruits and vegetables. Due to soil degradation, desertification and drought, along with other factors such as population growth and changing living standards, it has now become much more difficult to live off of the same plot of land. Young people are going to the city to work in factories and send money home. Often, they go to the next town, which is at the same time a place of arrival for migrants from the surrounding villages, and a place of departure for those who move to an even bigger city.

If harvests improve, these young people may be more interested in working in the fields instead. It is never easy to arrive in a city, find work, live with other young people… It is difficult to start a family. You often see that those who are able to acquire an education later choose a profession that allows them to return to their region of origin. A job in education, typically.

WHAT IS THE IMPACT OF MIGRANTS ON THE COMMUNITIES THEY LEAVE?

L.V.P:  First, you see how important the role of the remittances [ed: money or goods that people send to their families] is for the local economy. In total, these are large sums of money. Those who receive money from family in the city or abroad are less dependent on agriculture to survive. For example, they set up coffee houses that do not have to be profitable because they are supported by outside help. On the other hand, you also see how these remittances divide the population. Income inequality differences are becoming more aggravated. Climate change also exacerbates gender inequality. It is mainly women who work in the fields. If the crop is affected by climate change, they become much more dependent on their husbands and other family members.

Secondly, we can see that people living abroad are more aware of global warming. The elderly see that things are changing, but they do not know the cause. This awareness can bring migrants back to their region of origin. In Morocco I visited the project of a Moroccan migrant living in Catalogne. He has built a solar-powered water pump that works on arid ground. Thanks to this idea, he is able to grow palm trees to harvest high-quality dates. Local people are each entitled to one plot. Catalonia eventually decided to invest in the project. This is a good example of how remittances can be put to use for those who need them most.

It is a very difficult task to come up with a category for climate migrants, but I believe that policy makers can and should take people who migrate because of climate change into account.

HOW DOES THE MOROCCAN GOVERNMENT DEAL WITH THE CONSEQUENCES OF CLIMATE CHANGE?

L.V.P: The central government of Morocco has been planning a dam policy for decades. This is of course very beneficial for a large part of the population. But another part of the population will lose their homes, as the places where these dams are built, water sources, are often also where people live.. The dam is outsourced to a company, meaning that people suddenly have to pay for their water. This goes hand in hand with their profits. Who are the ones being flooded?
From the standpoint of developmental cooperation, you cannot take measures to deal with climate change in a social vacuum. Various political mechanisms must work together to realize a common vision. That is why it is so difficult to put agreements such as the Paris climate agreement into practice.

DO YOU BELIEVE THAT CLIMATE CHANGE WILL LEAD TO MORE MIGRATION?

L.V.P: What is important in the debate on climate change is knowing how to adapt ourselves. Migration is one way to deal with climate change, but it is not the only one. Some people will be better prepared than others and they will feel the effects of global warming less. The human factor is important to understand how the situation will evolve. Of course, if you wait for war or disaster to happen, it is inevitable that people will leave.

Climate change will only get bigger, so it is likely that migration will increase as an adaptation strategy. This migration is usually very local or regional and often does not cover long distances, as it is very difficult and expensive to undertake a long journey. Those who do not have the means to leave, the trapped populations, are also often those who suffer the most from climate change.

Migration is one way to deal with climate change, but it is not the only one. Those who do not have the means to leave, the trapped populations, are also often those who suffer the most from climate change.

This interview was conducted as part of the #whatishome campaign in which we are exploring the connection between migration and development. Experts Frédéric Docquier (Catholic University of Louvain) and Anna Knoll (ECDPM) have also spoken with us. Consult as well our article on agriculture in times of climate change.

Want to know more? Stay informed by subscribing to our newsletter “Standpunten” or following us on Facebook and Twitter.

#whatishome is a three-year social media campaign financed by the European Union to increase development education and awareness raising (DEAR) within the scope of the MIND project. 11 countries and 12 Caritas organizations are participating in this campaign. More information can be found here. The content on this page is the responsibility of Caritas International and does not necessarily reflect the official views of the European Union.

Kiribati is an island republic in Oceania. According to the Intergovernmental Panel on Climate Change (IPCC), two thirds of the country would be flooded if the sea level rises by one meter. The island state is working on emergency plan to protect its 110,000 inhabitants.

In the summer of 2018, severe floods hit the Indian state of Kerala due to unusually strong rains during the monsoon season.