The refugee situation: calling on the fundamental values of Europe! 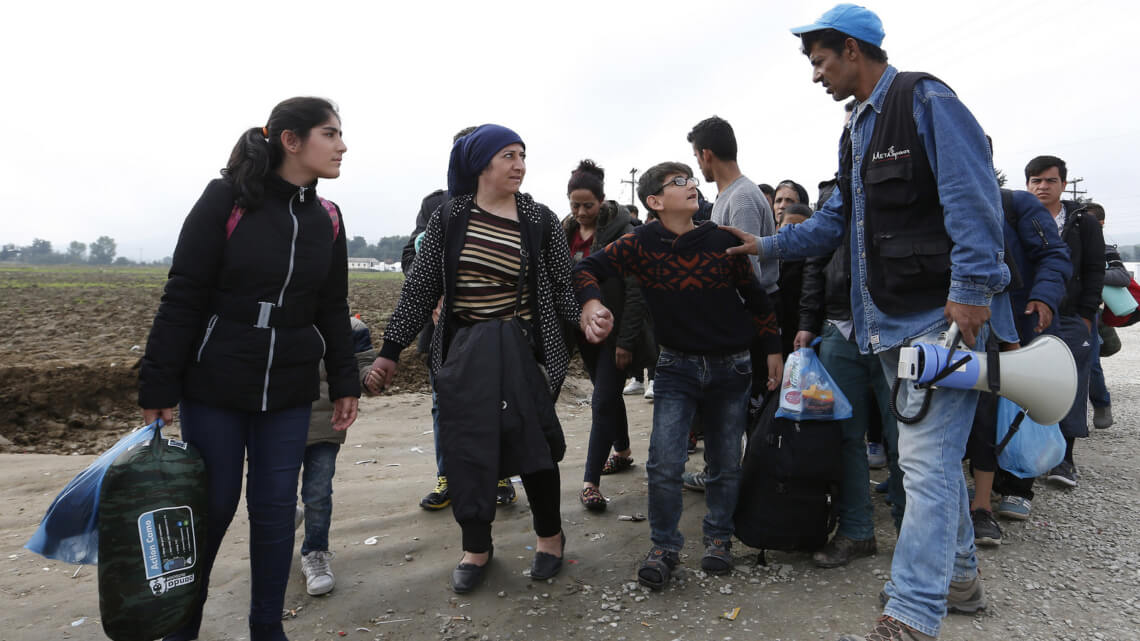 On the occasion of World Refugee Day, Caritas Europa and Caritas International remind the European Union and its member states that solutions to the current crisis of European solidarity exist. There is no need to risk the lives of thousands of refugees and migrants, nor to prolong their suffering. Caritas continues to believe that the core values ​​of Europe – dignity, equality and respect for human rights – are not empty words and now more than ever, they make sense.

On the occasion of World Refugee Day, Caritas Europa and Caritas International remind the European Union and its member states that solutions to the current crisis of European solidarity exist. There is no need to risk the lives of thousands of refugees and migrants, nor to prolong their suffering. Caritas continues to believe that the core values of Europe – dignity, equality and respect for human rights – are not empty words and now more than ever, they make sense.
“Our elder brother was kidnapped by Daesh and we do not know what has become of him. Our situation became so unbearable that we decided to leave Afghanistan on foot. We traveled for a month and a half before arriving in Greece. Unfortunately, during our trip to Iran, we lost our father. We still do not know where he is today. To go from Turkey to Greece we had to pay 1,000 euros per person to a ferryman for a car trip that lasted 5 hours without knowing if we were going to survive. We hope that our brother and father are alive and that we can quickly find ourselves in a safe place. It was not a journey but a carnage,” said Mujdah and Mohebullah, sister and brother aged 15 and 8, originally from Afghanistan.

According to the UN, since 2014, at least 10,000 people have lost their lives trying to reach the safe shores of Europe. European restrictions prevent people from entering the EU in a safe manner. The result? An unbearable number of dead. Moreover, the outsourcing of EU asylum and migration policies through agreements with third countries clearly shows a lack of solidarity with people fleeing war and persecution.

“I dream of a Europe that promotes and protects the rights of all, without neglecting its obligations to all humans. I dream of a Europe whose commitment to human rights cannot be said to be its last utopia,” Pope Francis said at the Charlemagne 2016 Prize.

Europe has the means to put an end to these unnecessary deaths and sufferings of people who urgently need protection, solidarity and compassion. Caritas Europa advocates realistic and feasible political solutions. Political will and commitment to human rights are the only missing elements of the equation that will solve this crisis and make it a reality.
Caritas Europa and Caritas International call on the EU and its member states to:
• Truly investing in saving lives at sea;
• Opening more secure and legal access routes to the EU such as the introduction of affordable and accessible humanitarian visas and more resettlement;
• Facilitate family reunification for refugees and migrants, as well as facilitate integration into host countries;
• Stop and reverse the outsourcing of EU migration policies;
• Stop the use of return and readmission agreements as a condition for development aid.

Coronavirus: Innovating to continue to offer support, despite the pandemic

Has your professional life been turned upside down by the current sanitary measures? You are not alone! Caritas teams also had to be inventive and…