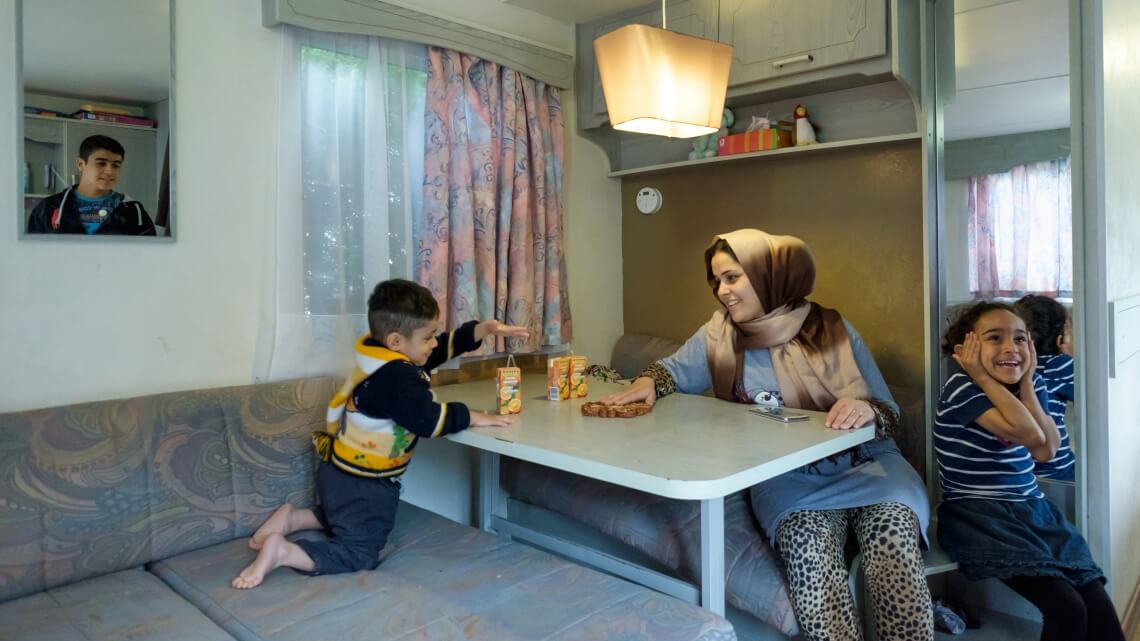 It is especially during the second half of 2015 that the flow of asylum seekers has increased. For many months now, the conflicts taking place in Syria, Iraq and Afghanistan have forced many people to flee their daily lives, to leave their loved ones, and everything that is familiar to them. Thus, in 2015, according to the figures of the General Commissariat for Refugees and Stateless Persons, 7,554 Syrians applied for asylum in Belgium, with the applications of Iraqi, Afghani, Somali, Russians, Guineans and Congolese nationals following.

Since the beginning of the crisis in August, Caritas International Belgium has opened 480 additional spots in the emergency area, for a total of 1,210 locations. “We organize the reception of asylum seekers in individual dwellings for more than 15 years,” explains Florence Lobert, Head of the Home Department. “But the crisis of reception has motivated us to also create, in urgency, collective reception centers such as Spa and Scherpenheuvel. The latter center hosts to date some 170 asylum seekers and at Spa, there are around 70. The most important thing for us is that these asylum seekers are decently housed and can benefit from quality social support. “

In order to cope with the continuous flow of new arrivals, we are always looking for additional housing to be made available to admitted asylum seekers and refugees. Are you a solidarity owner? Do not hesitate to contact us via asile-asiel@caritasint.be.

Read the response of Caritas International Belgium to the crisis of reception.