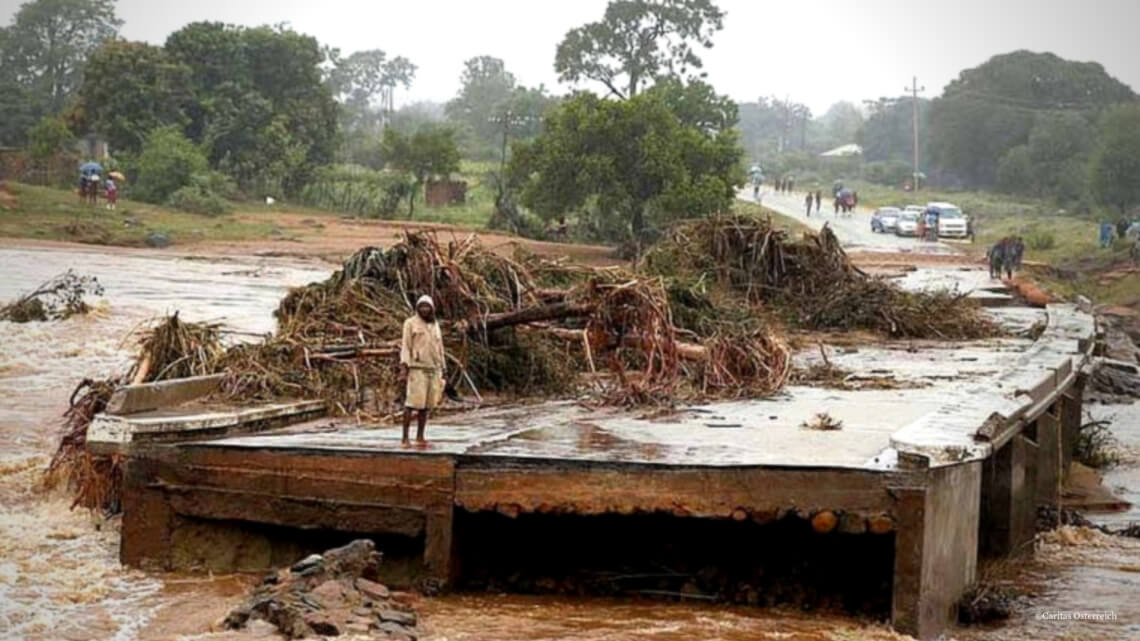 In the wake of Cyclone Idai, which struck Mozambique, Zimbabwe, and Malawi, Caritas International calls for donations in order to come to the aid of the victims of this unprecedented disaster.

In the wake of Cyclone Idai, the United Nations estimates that 2.5 million people in Mozambique, Zimbabwe, and Malawi are in need of immediate assistance. As of 19 March, 474 deaths had been confirmed, and all signs indicate that the death toll will continue to rise due to the violent winds and floods that accompanied Idai, a cyclone which appears to have been the worst weather disaster to have struck the southern hemisphere. Weather forecasts predict that the crisis will worsen in the next 48 hours due to expected downpours.

Help is on the way

With entire regions underwater and cut off from the world as a result damaged communication networks, estimates of need by authorities and humanitarian agencies remain approximate. These conditions also complicate the delivery of aid to the most hard-hit areas.

Teams from Caritas Mozambique are currently deployed to Beira, Caia, and Dondo, with 1,500 tent canvasses, hygiene kits and food packages. “There is a lack of food, water, and shelter. It is still difficult to get information from Beira, as communication networks are down,” declares Antonio Anosso, humanitarian coordinator at Caritas Mozambique.

“Our current priority is to save lives, shelter the survivors, and make note of the affected groups. We are in urgent need of food, corrugated roofing sheets, water, sanitation facilities, shelters, and seeds.”

There is a lack of food, water, and shelter. It is still difficult to get information from Beira, as communication networks are down

To support current operations in Southern Africa, Caritas is launching a call for donations. Make a donation in support of Idai victims online at www.caritasinternational.be, or by using bank number BE 88 0000 0000 4141. Donations can also be made by texting AIDER to 8810, followed by the amount and your account number.