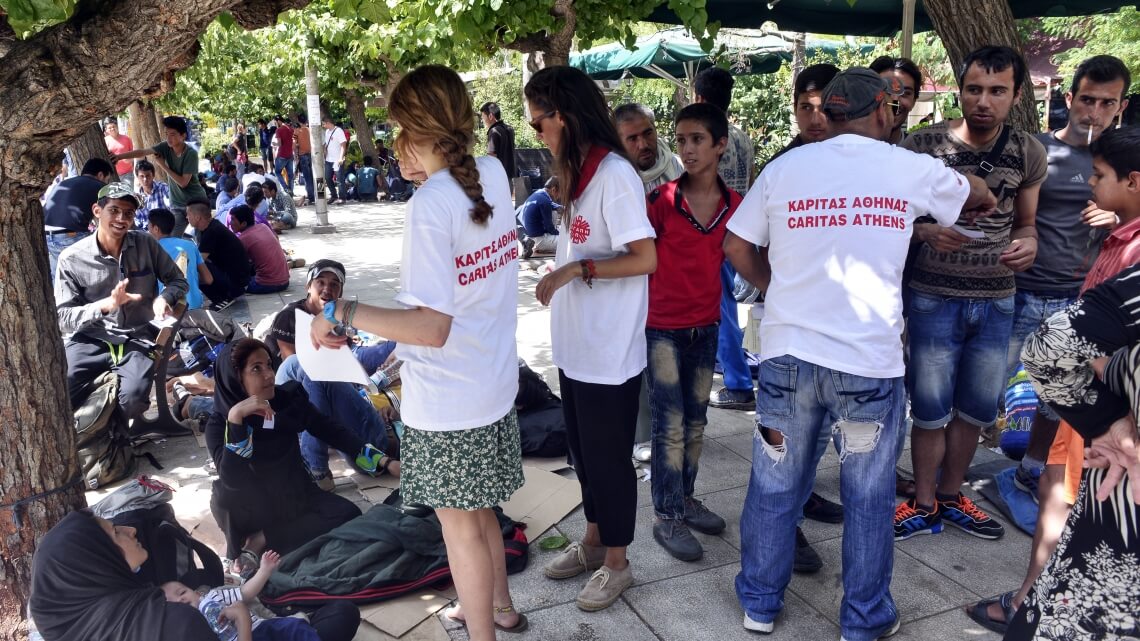 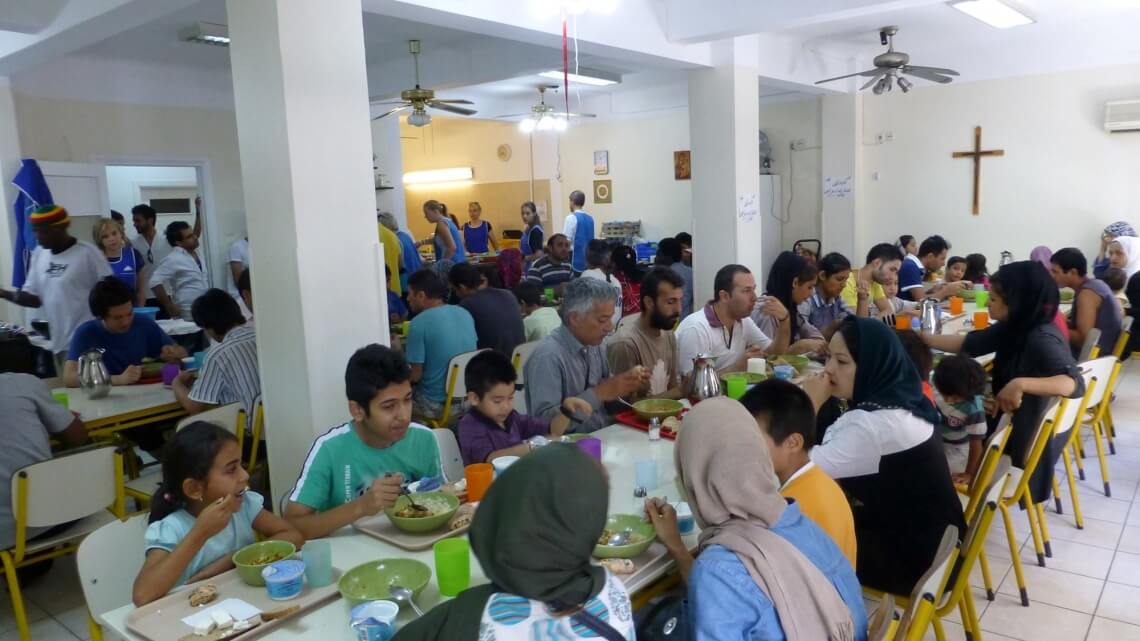 Begoña Castiella is a correspondent for the Spanish press in Athens. Since 2004 she has also been a volunteer at the Caritas Athens Refugee Center and has recently been a member of the Board of Directors. Contacted yesterday morning, to learn more about the Greek situation, she gives us her impressions and her concerns for this country in full economic crisis, which sinks a little more in the misery each day and still tries to welcome the refugees in a dignified manner.

For several months now, Greece has been hosting tens or even hundreds of thousands of refugees. The latter reach Europe via small islands close to the Turkish coast, Lesbos, Chios, Kos, Leros, for example.

But the Greek state, caught financially, is not in any position to offer them adequate help. Refugees in transit can only rely on informal support from the population or more organized assistance from volunteers or NGOs. “With the help of the maritime gendarmerie, some NGOs monitor the coastline and save people on board makeshift boats about to sink. Most of them do not know how to swim and the images of the volunteers jumping in the water to catch them go around the world,” testifies Begoña.

Once on land, they receive hot tea, water, and dry clothes and are then redirected to the official centers to identify themselves with the authorities. “Families remain the priority. Those who cannot afford housing are hosted in hotels or in reception centers where they can warm themselves, change, bathe, and sleep.”

Various international organizations have recently deployed emergency teams across the country: the United Nations High Commissioner for Refugees first, the Red Cross, Médecins du Monde, Médecins sans Frontières, and Caritas. There are also volunteers from around the world who come to support for a few hours or days, sometimes during their holidays.

A ROOF AND SAFETY FOR FAMILIES: CARITAS' PRIORITY

The Greek Caritas (Caritas Hellas), with financial and material support from other European Caritas and Caritas American – CRS (Catholic Relief Service) has rented two hotels in Lesbos and Athens to offer a little rest and calm to refugee Syrian and Afghan families. In the ports of the islands and Piraeus, they also provide information.

"It is absolutely necessary to prevent migrants from falling into the hands of traffickers and smugglers who make them dream of an increasingly risky journey to the rest of Europe".

Caritas has also opened a day center near Place Victoria, where many refugee families are concentrated. Families are safe during the day. “The Caritas Athens Refugee Center, located in the center of the capital, where I am a volunteer, has been open for several years. Hot meals are distributed to more than 300 people from Monday to Friday as well as clothes, shoes, sleeping bags, milk, diapers, and some vaccines to children. Those who wish can take a shower and enjoy the services of social workers. They can play their children there, learn Greek and English. “

With its 25% unemployment rate and moribund economy, Greece was until now only a transit country. Unfortunately, since the closure of many borders, including the one with Macedonia since last week and the return of migrants from Turkish territory, many are still blocked in the country. “Just a few Syrians, Iraqis can continue the journey. They have to undergo very specific controls. The others, considered as economic refugees, are treated as illegal.”

The people of Greece believe that aid to refugees is a humanitarian imperative. “The people I meet, Greek or foreign, are often very generous. They offer their help without reserve, despite their own difficulties “.

But it is undeniable that since the Greek state had to cut most social benefits, even to the disabled, xenophobia, racism and populism are on the rise. The country is suffering from this economic crisis and the state is weakening from month to month. Neo-Nazi groups are becoming stronger. It is important for the local population that migrants can continue their journey to other countries in order to avoid widening this social divide.

Khandan * comes from Afghanistan. She, her husband, and her two-year-old daughter were greeted at the Athens Refugee Center where they were able to sit down for a lunch. She starts talking to Jenny, a German volunteer. She explains that her two sons of 14 and 15 are in Hamburg and she begins to cry. They were separated on the Macedonian border. The boys were able to continue the route through Hungary. In Germany they found shelters in a center for unaccompanied minors. Fortunately, they were able to reassure their mother. Jenny, without promising anything, managed to console and reassure Khandan. Back at home, Jenny found the boys and sent the papers needed for a family reunification in Athens. Today, the family is united.

* The first names have been changed for reasons of privacy

Are you sensitive to the situation of refugees in transit in Greece and wish to contribute to Caritas network activities? You can make an online donation. We thank you very much! 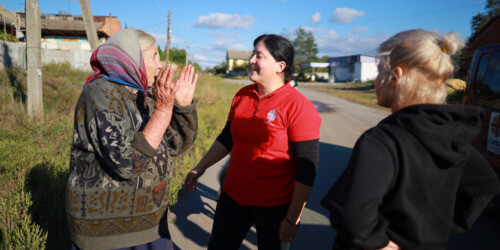 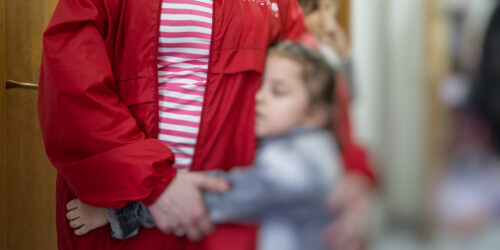 The local roots of Caritas, a force addressing the humanitarian crisis in Ukraine [VIDEO]

After more than a month of war in Ukraine, the efforts of humanitarian organizations like Caritas remain vital for the millions of people on the… 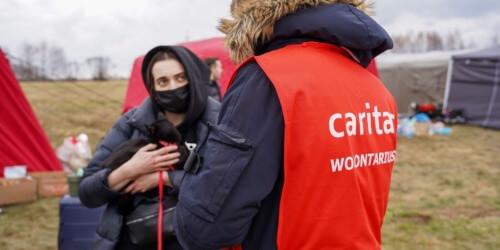 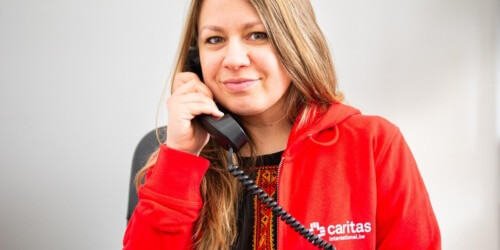 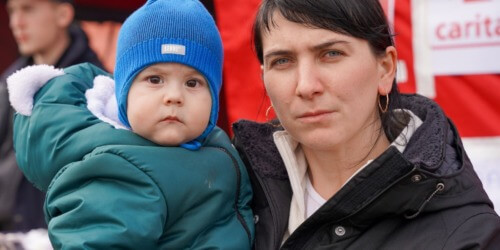