Why is Belgium again locking up children? 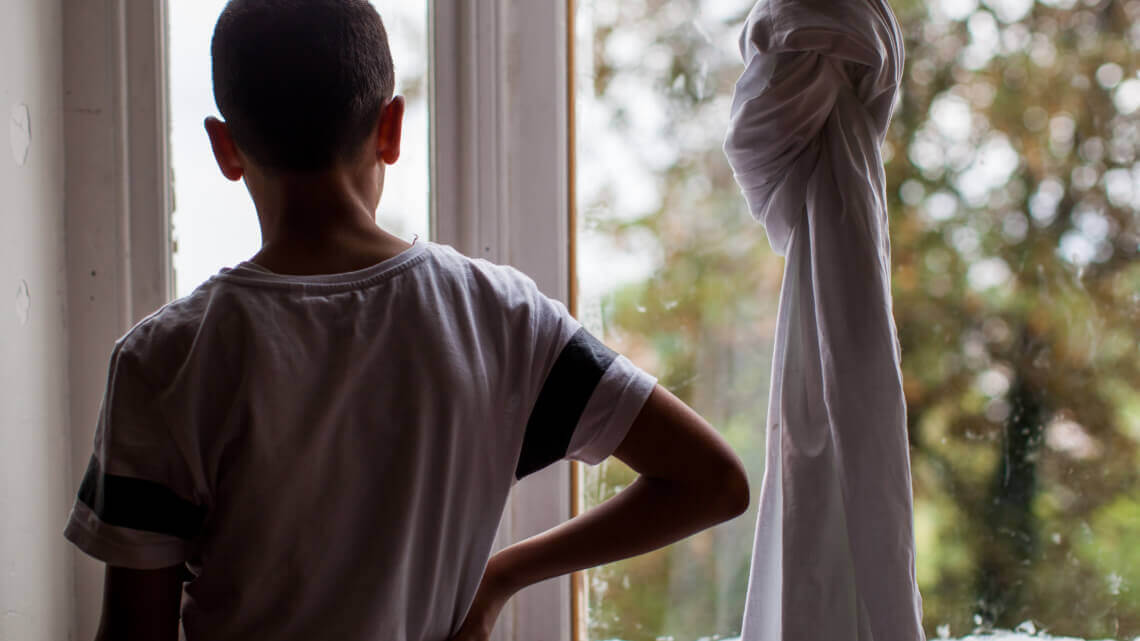 As of today, Belgium has started imprisoning children again. This is a decision that raises many questions. Anne Dussart, director of social programmes at Caritas International, explains.

Anne Dussart: It is not new for Belgium to detain minors in detention centres. Until October 2008, minors were regularly detained together with their parents in detention centres, leading, among other things, to three convictions by the European Court of Human Rights. Since October 2008, families are no longer held in closed centres, but in ‘return houses. However, Belgian law still allows the detention of accompanied minors, provided that the detention centres are adapted to the needs of these families with minors. In doing so, Belgium intends to comply with European regulations and the conditions imposed by the European Court of Human Rights asthe European framework also allows for the detention of minors as a last resort, and is adapted to the specific needs of the minors concerned.  This framework means that the current government can make these ‘family units’ ready for use.

WHAT ARE FAMILY UNITS?

A.D:  In the detention centre 127bis in Steenokkerzeel, next to the bustling air traffic of Brussels Zaventem International Airport, the Belgian government has built four small prefabricated houses: two units for six people and two for eight people. Each house has its own living room, kitchen, toilet, bathroom with shower, a storage room and two to three bedrooms. Today, families with children are being detained in these homes as they await repatriation.

WHY HAS CARITAS INTERNATIONAL CHOSEN TO VISIT THE 127BIS DETENTION CENTRE?

A.D: Caritas International visits the detention centre every week. Together with some 300 other organisations we oppose any form of detention on the basis of migration reasons. However, because this practice is common, we think that it is crucial for our organisation to visit these detention centres. On the one hand, our priority is to provide social, legal and psychological assistance to those in detention.  From previous visits, we know that individual visits are sources of support for those detained. We provide an attentive ear, compassion, and other support  where possible. On the other hand, our intention is also to provide the public with an overview of the situation in these detention centres. The same applies to the family units: we will also visit detained families  awaiting repatriation.

From previous visits, we know that individual visits are sources of support for those detained. We provide an attentive ear, compassion, and other support where possible

WHAT DO WE KNOW ABOUT THE IMPACT DETENTION HAS ON MINORS?

A.D:  Any form of detention, however short, affects the well-being of the minor concerned. Mental and physical problems resulting from detention have been identified several times by psychologists and counselors and are confirmed by research.[1] Children try to understand the world and the situation in which they find themselves. They often interpret detention as an indication that they “have done something wrong, but what?” Detention also gives some the feeling that they are being unjustly punished. In other words, detention has serious consequences for the mental and physical health of those involved. Children and parents typically report the following effects: unhappiness, crying, nervousness, clinging, constant anxiety, mental discomfort, fear of being locked up again, not being able to sleep well, unwillingness to leave a room, nightmares, fear of authority figures, uniforms or police.

A detainee’s age and the length of their detention are crucial, something Professor Derluyn also pointed out recently.[2] Detaining these children, however ‘good’ the reception conditions may be, has major negative emotional consequences. Typically, the longer the duration of the detention, the more serious the consequences; however, emotional problems are also noted during a short period of detention. Moreover, these problems do not always disappear once the children are released, and the impact can be long-lasting. (Editor’s note: according to the Royal Decree, detention must be as short as possible. The maximum period is 2 weeks. This period can be extended once by a maximum of 2 weeks. To do this, the Director General of the Immigration Department must draw up a report for the Minister, stating the reason for the extension and explaining the psychological and physical integrity of the minor children).

In addition to this individual impact, detention often affects the family as a whole. Parents are undermined in their parental role or withdraw from it due to the many uncertainties. The stressful situation creates tensions between family members. Parents feel guilty towards their children. The understanding that accompanied minors are protected by their families against harmful external forces appears to have been wrong. Parents are often unable to protect their children from the impact of events around them. It also seems unreasonable to expect parents to be able to compensate for the negative consequences of matters over which they have little or no influence, such as the length of detention, especially for migrant parents whose parental authority is already under great pressure given the context in which they find themselves.

Even after release or repatriation, the impact of detention continues to be felt for a long time. Although children and parents experience an improvement in their well-being and their behaviour, children, parents, and supervisors report an impact on their self-esteem, their cognitive and physical development, their school career, the extent to which they trust others, etc.

Above all, the best interests of the child must remain the most important consideration in any decision that affects the child.

AND YET BELGIUM STILL CHOOSES TO DETAIN FAMILIES WITH CHILDREN?

A.D: That is a political choice.[3] It is an unfortunate choice because there are alternatives. Detaining children because of the administrative status of their parents is never in the child’s best interest. Statements from the European Court of Human Rights suggest that the impact of detention remains limited if the minor is detained in an adapted room. Nevertheless, the same Court concluded that even the brief detention of young children in an adapted centre near the airport constituted inhuman treatment. A ‘family unit’, however child-friendly the material environment may be, remains a cage in which a child is held. But there is another way. Because there are alternatives.

WHAT ARE THE ALTERNATIVES?

A.D: For accompanied minors for whom there are grounds for detention, alternatives to detention may be used. Legally, these are all forms of legislation, policy, or practice that allow migrants to stay in the community awaiting a right of residence or (forced) repatriation and that respects their human rights as much as possible. The most well-known alternatives are the making of a financial payment as a form of bail, a reporting requirement, providing a copy of identification documents, or supervision of procedures for voluntary return. From experience, we know that the last option requires time. Moreover, people could stay in their own home while they are waiting to return to their country of origin willingly. Children’s Rights Commissioner Vanobbergen reminds us that alternatives exist, but they must be organised with conviction and decisiveness and with much more attention to the welfare of the children.[4]

Children cannot become victims of their parents’ actions. The family should preferably be kept together. The parental authority of these parents should be encouraged as much as possible, and the state should not just limit or adopt this role. There is an important right to family life and privacy. Above all, the best interests of the child must remain the most important consideration in any decision that affects the child.