Solidarity on the route of all dangers 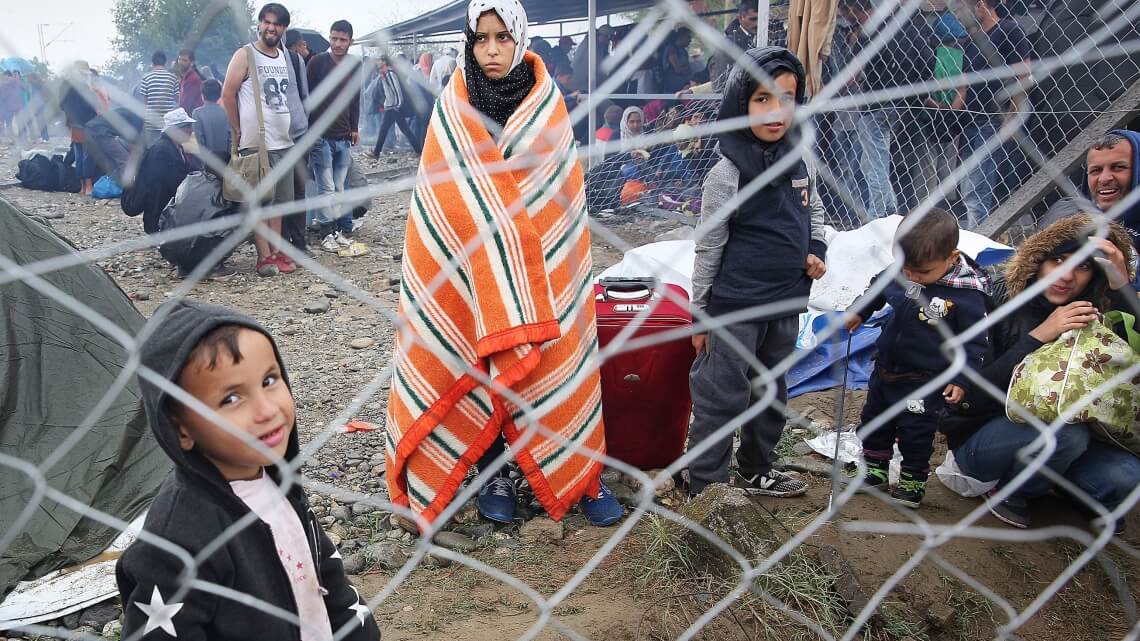 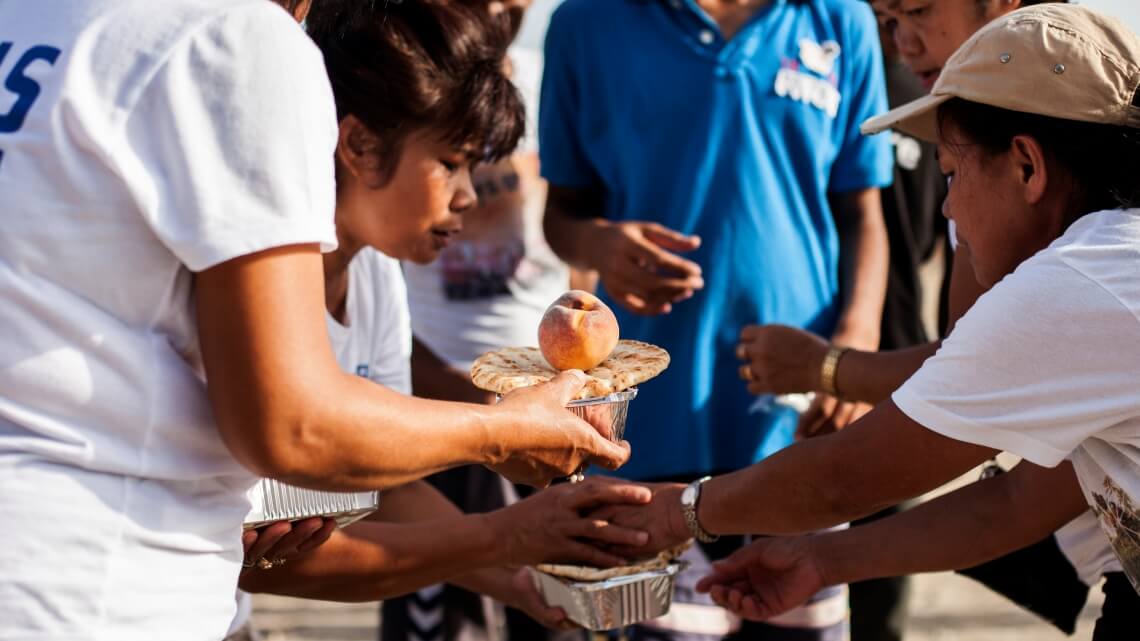 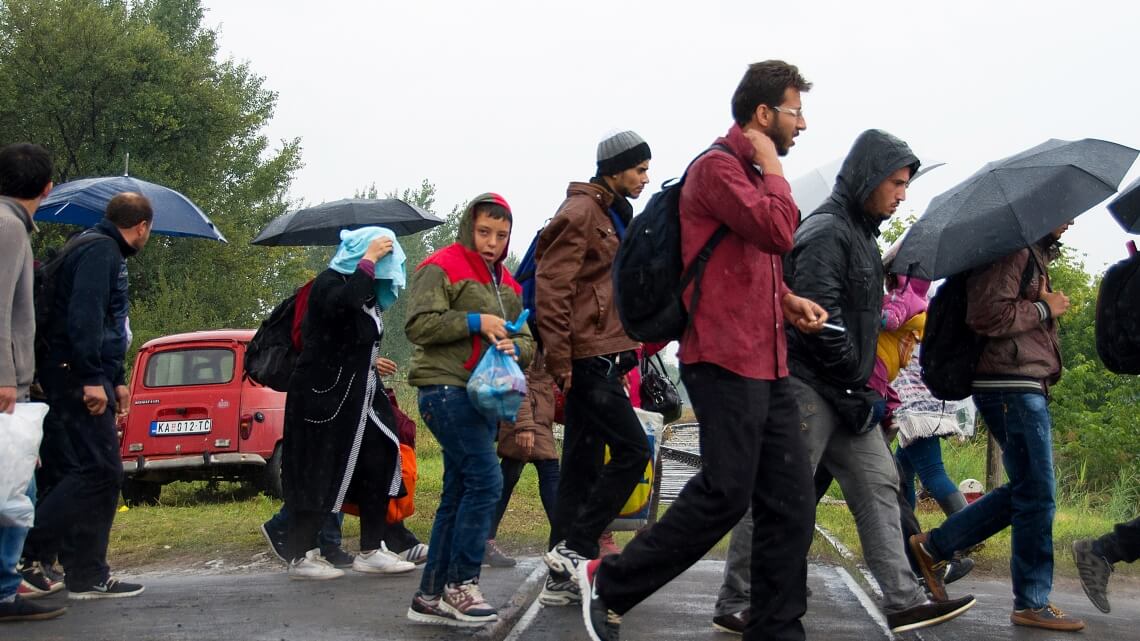 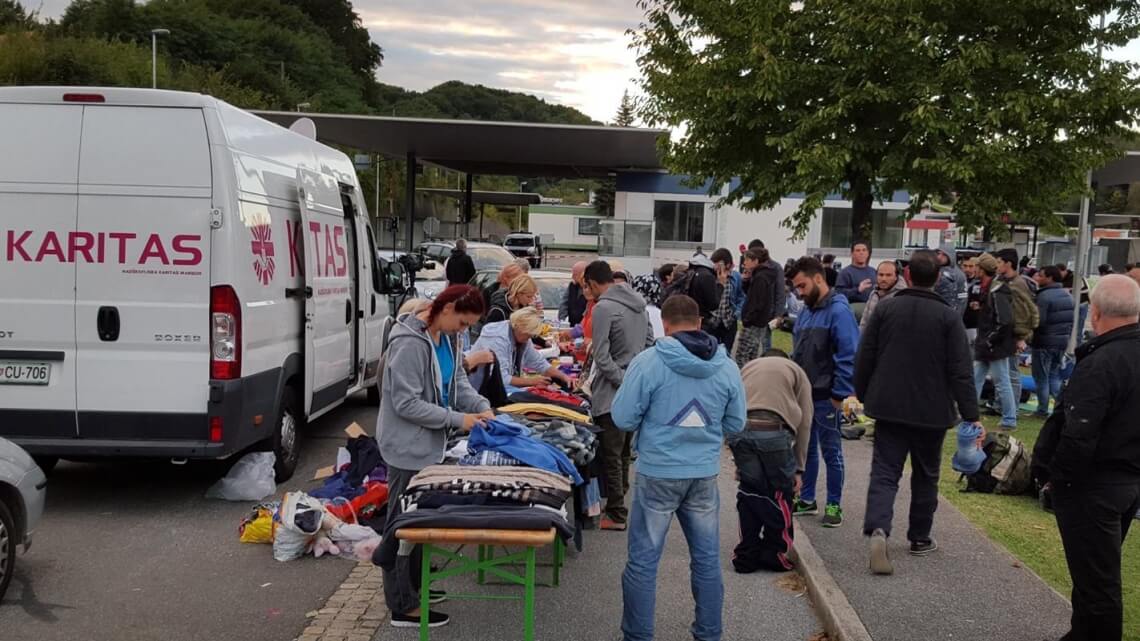 “The Syrian pressure cooker has exploded,” as Sandra Awad describes the current influx of refugees. Sandra lives in Damascus and works for Caritas Syria, where 12 million people are in need of humanitarian support. 4.5 million Syrians have fled abroad, including 350,000 to Europe.

Roger, age 17, is one of them. He and his family live in Damascus. “My father sold the house to pay for the ride, even if it means suicide,” Roger told Caritas. “Just as I think staying here is suicide. Every day a bomb falls on our heads. Next year, I would have had to join the army and fight for a war that I do not understand. I still prefer to die in the Mediterranean,” as one of the 3,000 refugees this year. For hundreds of thousands of others like Roger, the journey will have been long, difficult, and dangerous.

This summer, the entire Caritas network has joined the refugees on the road to exile, from Greece to Belgium, thanks to the support of hundreds of volunteers.

In August alone, 110,000 refugees arrived on Greek soil, most arriving via the Turkish borders and small islands of the Aegean Sea such as Chios, Kos or Lesbos from where they take a ferry to reach Athens. They sleep in squares, in parks and in camps, but do not stay there long. They return to Macedonia, where the needs are enormous.

Every day, between 3,000 and 6,000 refugees cross the Greco-Macedonian border and the United Nations expects this number to increase in the coming months. Caritas distributes food supplies (food and beverages) and provides access to sanitary facilities.
more pics.

Most of the refugees arrive in Macedonia via Gevgelija, a border town of about 15,000 inhabitants. Refugee organizations try, as much as possible, to distribute food and drink, but the biggest problem is the overnight reception, which is largely insufficient. There is only one solution: sleep outside like in Greece, but the refugees are exhausted.

Caritas is trying to find housing for at least for women and children. De Gevgelija, practically all of them take the walk (about 150 kilometers) to Tabanovce, a border town with Serbia. Those who still have the means go by, bus, or taxi.
more pics.

The border between Macedonia and Serbia is temporarily open and the refugees cross it on foot. The first village they encounter on the road is Miratrovac. To register legally, one has to continue the journey to Preševo, and there about 2,000 people pass through each day, sometimes even double or triple.

This unpredictable flow makes the process of registration, reception, and emergency aid even more complicated. The local partners turn to three shifts per day as more and more people are ignoring the registration process. There is therefore no precise census, the smugglers are more and more organized and find other means of access into the following country. Health conditions in Preševo have improved since the beginning of the crisis, but the situation is still very chaotic.

Until recently, people stationed in Preševo continued on their way to Hungary, however, the country has closed its borders since 15 September. Barbed wire, fencing, water cannons, and more recently the construction of a wall have all forced the refugees to divert their route through Croatia.
more pics.

Slovenia expects a significant migratory wave in the coming weeks. Caritas has already set up its first reception centers and prepared thousands of food packs. Caritas also identified all the possible routes and mobilized hundreds of volunteers. In Slovenia, refugees will have the freedom to rest and regain strength. The Slovenian Government did not impose any restrictions. Refugees from Iraq, Syria and Afghanistan can stay for up to six months. For the moment, most of them quickly decide to continue their journey to Austria, or as in recent weeks to Belgium, France and Germany where hundreds of volunteers have welcomed the refugees. more pics.

WE ARE FACING A CRISIS OF Solidarity, NOT A MIGRATION CRISIS!

Caritas Europa asks European leaders to recognize that this is not just a refugee crisis, but a crisis of solidarity. Caritas Europa calls for concrete actions in the face of a social, economic and political crisis that plunges millions of Europeans into poverty and leads millions of refugees into chaos. “Half a million refugees are a drop in our ocean of 500 million people.” Europe has the means, organizations, and solidarity necessary to assist the refugees.

Autumn is coming, and after, winter. The prospects are not overtly positive, but the European Caritas network will continue its efforts to help as many people as possible.
You can help us by donating to the account BE88 0000 0000 4141 by mentioning “migrant” in the donation or online.
online.