Coronavirus: Allowing everyone to confine themselves is the only way out

Caritas Armenia- Caritas network continues its social activities despite the coronavirus crisis. No one should be left behind.

Caritas Armenia- Caritas network continues its social activities despite the coronavirus crisis. No one should be left behind.

Who are the forgotten citizens in the context of the coronavirus crisis? What are some solutions? Caritas International is currently working together with many civil society organizations[1], and we have co-signed this carte blanche which was published in the newspaper Le Soir calling for immediate political action.[2]

While measures are multiplying and everyone confines themselves behind their walls, “forgotten” citizens cannot self-confine due to lack of shelter and means of subsistence. The authorities must put in place structural solutions to protect the entire population and stop the pandemic.

CONTAINMENT WILL BE POINTLESS IF PART OF THE POPULATION IS IGNORED

We’re going into the third week of confinement. With eyes on the quivering numbers, everyone is wondering whether the measures recently implemented will have a sufficient impact. Not to mention that some citizens have been “forgotten” by the authorities. People without housing and livelihoods cannot comply with this “stay at home” rule. If whole swathes of the population are left on their own, they will be the ones at risk of contamination and the sources of contagion.

The forgotten are many. Included among the precarious populations are foreign persons without residence permits, therefore they do not have medical coverage. Some of them are stuck in closed centers in conditions of promiscuity that go against health regulations. Others have recently been released without any care as to what would happen to them. These are also people who have come to seek international protection, and for the past two weeks have been in front of the closed door of the Foreigners Office. A large number of these people are in addition to those who were already homeless, and solutions are struggling to emerge.

>>READ ALSO: Closure of the Petit Château linked to the coronavirus: Applicants for international protection are on the streets

At the moment, calls for help, food, soap and cleaning products are increasing. In response, there are many actions of solidarity. However, even If they are commendable, it will not be enough without extra measures being taken by the authorities to protect all citizens. Foreigners without a residence permit, known as “undocumented”, represent nearly one percent of the population. Under normal circumstances, these 100,000 to 150,000 people are already living in dire poverty, without access to a secure job and social assistance, and urgent medical aid is their only safety net. In the context of crisis, their destitution is even more unbearable, as stated by the Coordination of undocumented migrants [3]. The situation is incongruous, the usual administrative practices continue to apply as if nothing has happened. For example, people released from closed centers receive an order to leave the territory within 30 days of being released, meanwhile air traffic is being shut and borders are closing one after the other making it nearly impossible to leave.

The situation is incongruous, the usual administrative practices continue to apply as if nothing has happened. For example, people released from closed centers receive an order to leave the territory within 30 days of being released, meanwhile air traffic is being shut and borders are closing down one after the other making it nearly impossible to leave. 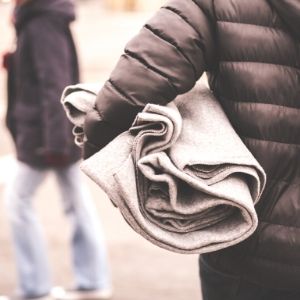 We commend the improvements made in the emergency medical aid system (simplification of the activation of urgent medical aid and extension of the duration of medical cards), but more ambitious measures need to be adopted, particularly in regards to residency cards.

Looking at the European countries hardest hit by the health crisis, it is clear that creative solutions can be put in place quickly. The Italian city of Bologna has set an example. It has doubled its housing capacity for homeless people by mobilizing all possible locations, including closed schools. France has decided to renew for three months all the residence permits, which were soon to expire. This prevents any unnecessary contact between citizens and the administration and prevents some people from falling into a downward spiral: no more residence permit, no more work, no more income. Instead they have more housing and more health insurance. Portugal has decided to temporarily regularize foreigners who have applied for residency permits but have yet to receive a reply from authorities.

TO END THE HEALTH CRISIS THAT IS PARALYZING THE COUNTRY, IT IS NECESSARY…

We are aware that such measures require creativity and audacity, but it is time for clear solutions to be put in place and for citizens in our territory, with or without shelter, with or without documents, receive protection. This is in the greater public interest.

WHAT IS CARITAS INTERNATIONAL BELGIUM DOING WITH COVID 19?

In addition to raising political awareness on situations of injustice caused by this pandemic, Caritas International makes every effort to guarantee social support and protection of people, within its reception structures and offer assistance where it’s required, especially to the most vulnerable people.

>>READ ALSO: Coronavirus: always there, despite the pandemic

Find the original carte blanche in the newspaper “Le Soir” for April 1, 2020.