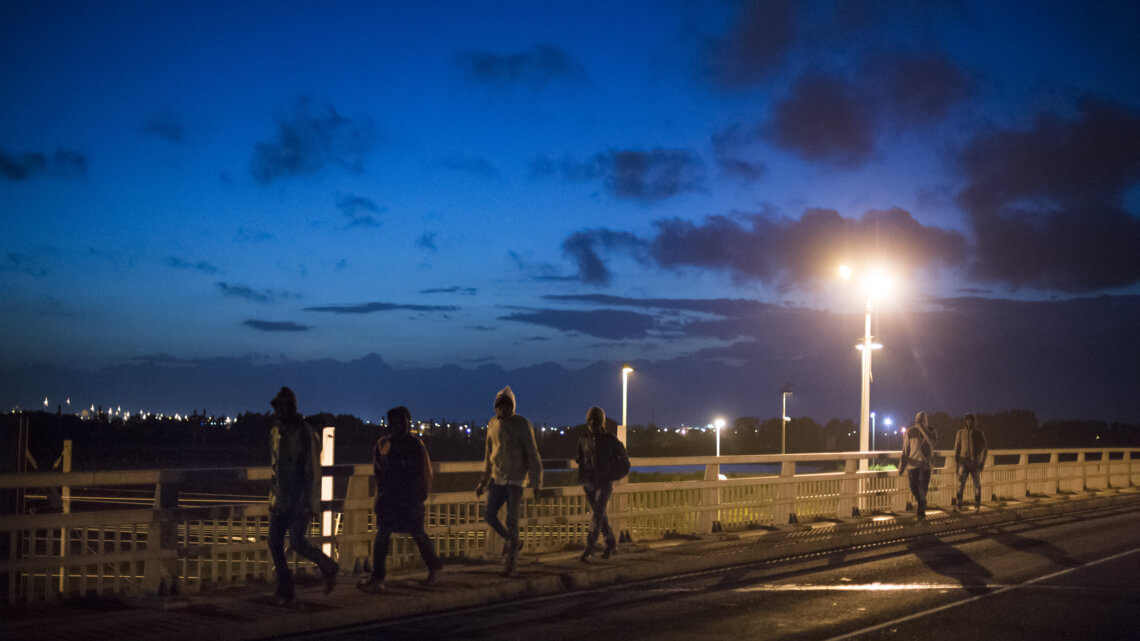 While the French government has announced the dismantling of the migrant camp, “La Jungle”, in Calais, the associations still count that there are still some 9,000 refugees including 700 minors at the camp. Steven Valckx, coordinator of the Caritas International Migration Information Center in Zeebrugge, visited the site. Verdict?

Steven Valckx: “The living conditions in the slum of Calais are quite insufficient,” says Steven Valckx. “The tents and shelters are very close to each other which makes the hygiene conditions deplorable. Sanitary facilities are far from adequate. A large number of shelters do not even have a tarpaulin on the ground. Some people are forced to sleep on the ground, or rather … in the mud when it rains. “

WHAT DO YOU THINK OF THE POLICIES promulgated BY THE FRENCH AND ENGLISH AUTHORITIES AT THIS TIME?

Steven Valckx: “The two governments, pushed in part by public opinion, invest a significant part of their budget in security. They build walls, gates, organize more police surveillance outside the camp, but nothing in it. While the tensions in the camp are palpable considering the large number of people and different nationalities within a restricted area … but the budget allocated to offer real lasting solutions for these people is limited. The identification of vulnerable people with family members in England could be done in a ‘hotspot’ such as Calais to make a first ‘sort’ of those who could legally reach the island. “

The living conditions in the slum of Calais are quite insufficient

Calais – July 2015: The “New Jungle : where the installation of 2500 to 3000 migrants has been tolerated by the town hall of Calais since early June, located at 7 km. Volunteers of the team Urgence France is organized to bring Construction equipment for barracks to migrants.

“If no one wants to keep this camp going, a quick dismantling seems unthinkable. Closing such a camp requires resources and time, time to help each person find a long-term solution. England will also have to take part in this process, which is not currently the case; if the camp is dispersed by force, it will cause problems for everyone. For example, the dismantling of the southern zone: most of the people who lived there just moved north and then continued to live in similar to worse conditions with more suffering and tensions as a consequence. “

WHAT CONCLUSIONS DO YOU DO FOR YOUR WORK IN ZEEBRUGGE?

Steven Valckx: “Nobody wants a similar Belgian Jungle, that’s clear. But the context in Zeebrugge has similarities with that of Calais: economic, tourist, and security interests sometimes take precedence over the search for durable, lasting solutions for the migrants who are currently there. We must strive for long-term solutions. Especially for the most vulnerable: namely women and unaccompanied foreign minors. These young people often have families in England but have difficulty trusting us. They are afraid to leave their fingerprints and get stuck in the Belgian system if they ever ask to be reunited with their families in England … so many of them choose to remain in the shadows. Each time we try to win their trust, to re-explain the procedure and the benefits for them. Sometimes, successfully. Like this 15 year old Iranian who has just joined his family through our work. ”
The Zeebrugge care and information center was set up in collaboration with Médecins du Monde and the Bishopric of Brugge to meet the legal, medical and humanitarian needs of migrants.
For more information on the camp of Calais, do not hesitate to consult the Caritas France website.