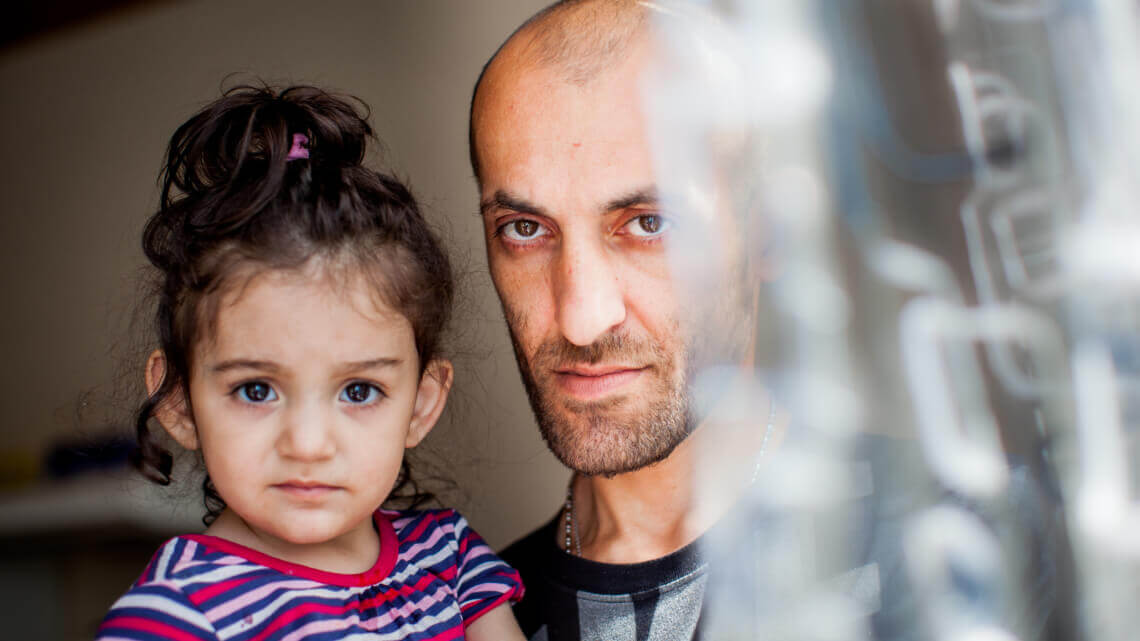 The Interior Chamber Commission is discussing a bill that would allow police to forcibly enter private premises to find people who do not have papers. For Caritas International, this bill goes too far and undermines the right to privacy and the inviolability of the home as described in the Constitution.

This Tuesday, January 23, a bill will be discussed in the Interior Chamber Commission “modifying the December 15, 1980 law on the access to the territory, residence, establishment, and removal of foreigners in order to guarantee the execution of removal measures,” also referred to as the home visits law.

If this bill is passed in its current form, it will then be possible for the police, following a request from the Immigration Office and the authorization from an examining magistrate, to enter any residence where they could find people without papers who have been previously issued an order to leave the territory. This is all in order to seize this person, but also to search the residence for any useful identity document. This can occur both at the known home of the foreigner and at any residence of a person who housed them without any real recourse on how to implement it.

Respect for Rights and Freedoms ?

This bill, which lacks clarity and precision in various places, also raises certain concerns with respect to several rights and freedoms. Such as the constitutional principle of the inviolability of the home, the right to privacy protected by both the Constitution and the European Convention of Human Rights, as well as the right to an effective solution which is guaranteed by the same Convention.

This bill provoked a lot of resistance. Caritas International is not alone. Lawyers, examining magistrates, and the Myria Federal Migration Center raised serious questions during the parliamentary hearings. The examining magistrates do not want to give the police the authorization to conduct home visits without conducting a judicial inquiry beforehand. Myria called for a careful examination of the necessity and extent of this measure. Prime minister Charles Michel has temporarily suspended the discussion of the home visits bill so that he can look over the bill. At the moment, they are looking for a compromise.

Such a bill goes beyond what is reasonable for migratory policy worthy of the name.

Given the possibility of multiple human rights violations stemming from such a law, and the negative message that it would convey to any person that stands in solidarity with refugees through help, Caritas International estimates that such a bill goes beyond what is reasonable for migratory policy worthy of the name.

As a result, we ask for the bill to not be accepted in its current form.