Listen to the stories of refugee women to think about asylum and integration policies! 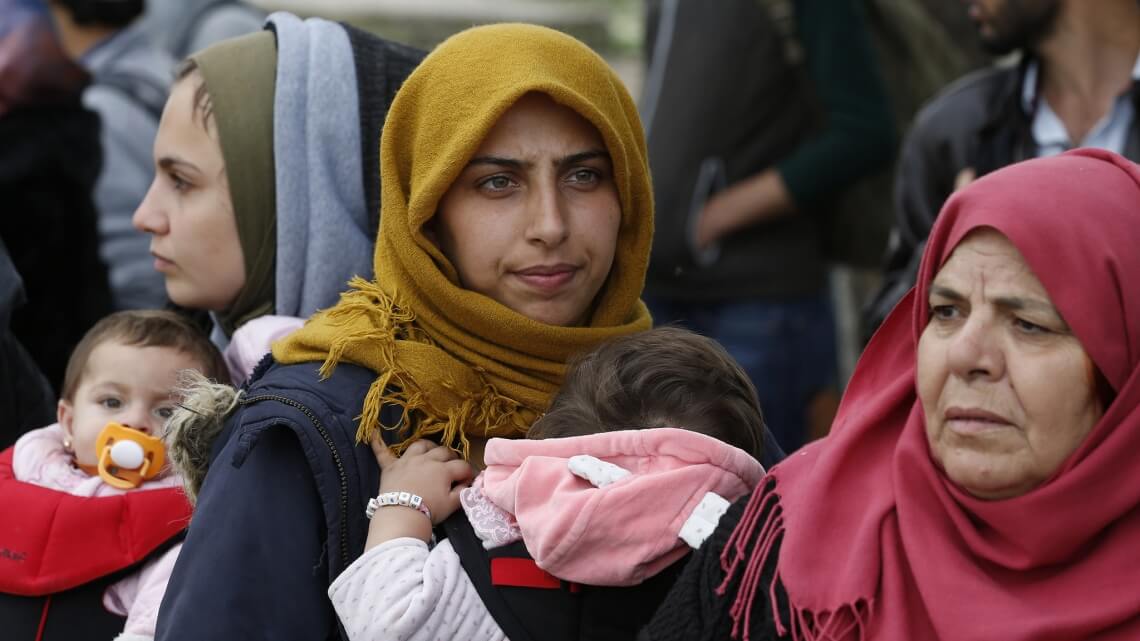 To leave everything, to be uprooted and find refuge in a new country is causing innumerable practical problems, but above all, emotional problems. On this International Women’s Day, the conditions of migrants and refugees require special attention. It is important for our leaders to hear the stories they have to tell us in order to draft more just and humane asylum and integration policies.

“In December 2012, I left Eritrea with 64 men, women and children, mostly my family members. Our trip lasted over 11 months and we traveled through 5 countries. I was kidnapped three times and raped by traffickers in the area. I barely survived when the fisherman’s boat capsized. I swam between the bodies of the 350 drowned passengers and finally reached the shore. Only three of us did not die during the trip and set foot in Sweden.”

I swam among the bodies of the 350 drowned passengers and finally reached the shore.

Historically, women have always played an essential role in the decision to migrate, whether it is forced or voluntary migration, a decision taken independently or jointly with their partner and children. The number of women and girls in exile to Europe has dramatically increased in recent years. According to UNHCR sources, since the beginning of 2016, women and children account for 55% of arrivals in Greece, and consequently, asylum claims in Europe.

The phenomenon of “feminization of migration” encompasses populations as broad as they are diverse. Some women have been forced to leave their homes because of domestic violence, persecution or poverty, survival or security, economic, or social reasons. Some are trying to save their lives by seeking asylum, or hope to benefit from family reunification programs. Others seek employment opportunities after having seen their economic and social resources deteriorate in their countries. They are more vulnerable, especially because of the pressure to provide for their children’s needs, and they more easily become the victims of human trafficking, prostitution or other forms of exploitation.

Despite their courage to give up everything in the hope of a better future for themselves and their families, women and girls often face multiple challenges on the road to Europe, both in places of refuge and upon their arrival. The way they are received in the host country has a strong impact on their opportunities, and by extension, how they adapt and integrate into the society in which they now live.

While integration and asylum policies remain the responsibility of EU members at a national level, they become increasingly a concern at a supranational level each day, where efforts to respond to the ‘crisis’ of migrants have become a priority. To this end, it is imperative that the members of the European Union begin to take into account the specific situation of women and girls in all their policies, in particular in the areas of migration, asylum, Integration, especially on social and employment assistance issues, which affect the chances of success and self-sufficiency.

To ensure that women can, for example, have more equal access to asylum, EU members need female interpreters available to listen to their requests. A responsible team should be trained to understand the particular situation of women and girls seeking asylum. Witnesses who survive traumatic events, such as war and violence, often feel a loss of security, causing regular mental health problems.

Women and girls often suffer from specific violence: sexual and / or domestic violence, genital mutilation, violence that is sometimes more difficult to prove when seeking asylum in Europe. The protection of their privacy should be guaranteed to ensure that they can explain their history in a complete way. Childcare should be available during interviews, so that they do not have to tell their stories in front of their children. Women and girls should be informed of their rights, especially about the possibility of applying for asylum themselves.

EU Member States must also ensure that women and girls seeking asylum receive safe accommodation and that their families will stay together. If not, men, and women should be housed separately; and the latter should have access to private sanitary facilities, a prerequisite to protect them from violence, including sexual violence, in reception centers.

According to some stereotypes, women are more vulnerable than men, however, some of them show us the opposite. They are able to adapt to new social contexts, especially when they are propelled into the labor market. In this way, the recognition of their qualifications and skills, including their human qualities and education, is paramount. Women and girls should have access to education, language courses, and health care, including psychosocial care if necessary. Adequate and safe housing is one component of the integration of women and girls. Ambitious and effective policies against discrimination, sensitive to existing inequalities between men and women, between the rich and the poor, and across generations, are necessary now more than ever.

Finally, in order to protect women and girls from human trafficking, survival sex, forced marriage and other forms of violence, EU member states should ratify and implement the Istanbul Convention, the Council of Europe Convention on preventing and combating violence against women and against domestic violence. Equally important, the European institutions should develop security and legality on the roads to Europe, taking into account the specific situation of the women and girls who face these dubious circumstances.