Self reliance and dignity for South Sudanese refugees in Uganda 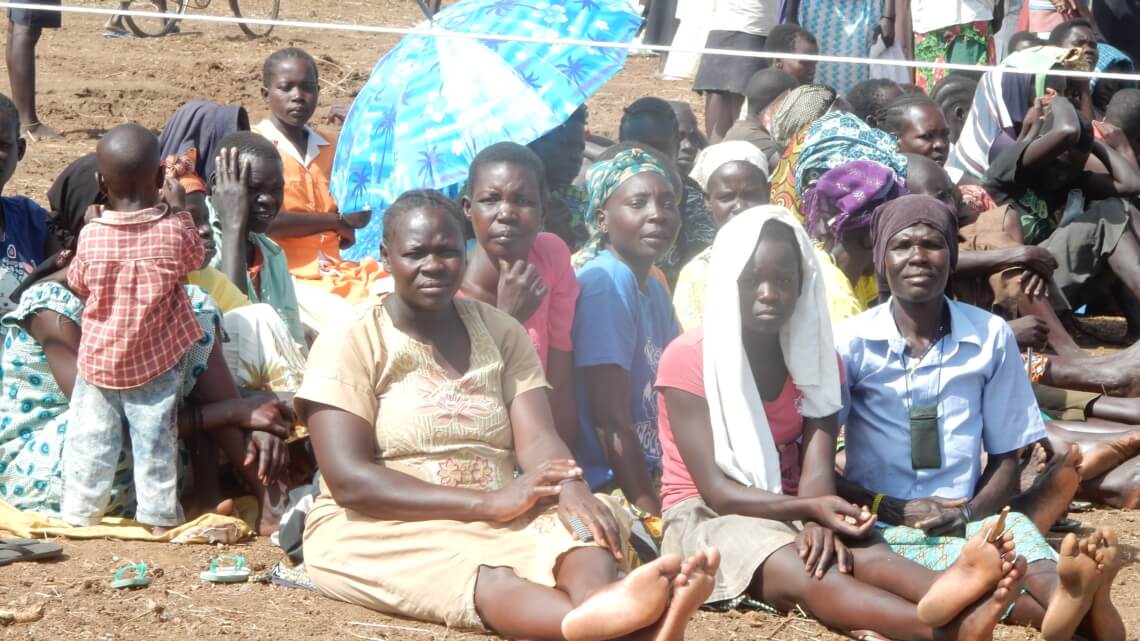 On the ninth of July 2016, South Sudan’s fragile peace process collapsed as government and opposition forces clashed in the capital Juba. The opposition forces fled towards the Congolese border and as the government pursued them, the ever peaceful Yei River State was drawn into the war. In less than 2 months 240,000 more South Sudanese fled their country, prompting the Ugandan government to open Bidi Bidi refugee settlement.

Two months ago Bidi Bidi was a forest, now it is home to 169,000 people and one of the largest refugee camps in the world. As the 2016 rainy season drew to the end, Caritas Uganda’s emergency team launched a call for assistance and within weeks several international Caritas organizations and the Swiss Government had mobilized enough funds to support 20,000 refugees. In the mean time the Ugandan Government had requested Caritas to cater to the needs of all 42,000 refugees of Bidi Bidi’s “Zone 2”, so Caritas Uganda’s plea for assistance will continue until the needs of all those people have been met.

On the 22th of October the Caritas refugee response was officially launched with the distribution of large seeds and tools. Within a few days, volunteers helped distribute 10,000 hand tools and 10 metric tons of vegetable seeds in order to allow the refugees to grow pulses and vegetables to improve their diet. On the 26th of October, the Papal Nuncio to Uganda, Archbishop Blume, and the Bishop of Arua Diocese, Rt Rev Sabino Odoki, attended the event to give the refugees a message of hope.

This distribution was the first activity in a 12 month program that will bring back dignity and self-reliance for the refugees by providing them with sanitary pads, mosquito nets, crop seeds and daily agricultural support. In order to allow the refugees to make maximum use of their time in exile, the program will also take 420 refugee youths to free vocational and agronomy training in regional technical institutes. As their exile is expected to be temporarily, Caritas is not only looking at their current situation in Uganda, but we also want to make sure that they are fully ready for resettlement once the situation in their home country stabilizes.

The lands on which the refugees have settled, belongs to the Ugandan host communities and in order to thank them for their generosity, Caritas Uganda will also support 4,000 vulnerable Ugandans who are living around the camps.They will get similar support as the refugees and will embark on a massive tree planting campaign in order to compensate for the deforestation the camp has caused.

Just six weeks after the devastating passage of Cyclone Idai, Mozambique has been struck by another natural disaster. Cyclone Kenneth raged across the ocean with windspeeds…

Cyclone Idai: An Update from Mozambique

“People are sleeping standing up because there’s not enough space,” Rita Farriya says, sitting in the shade of a tree at Muda-Mufo in Nhamatanda District.…

“Not a single door or window was able to resist the onslaughts from the ocean, sand, and stones,” recalls Fabrizio Graglia, one of Caritas’s partners…