‘Breaking the Taboo on UMAs and Voluntary Return’ 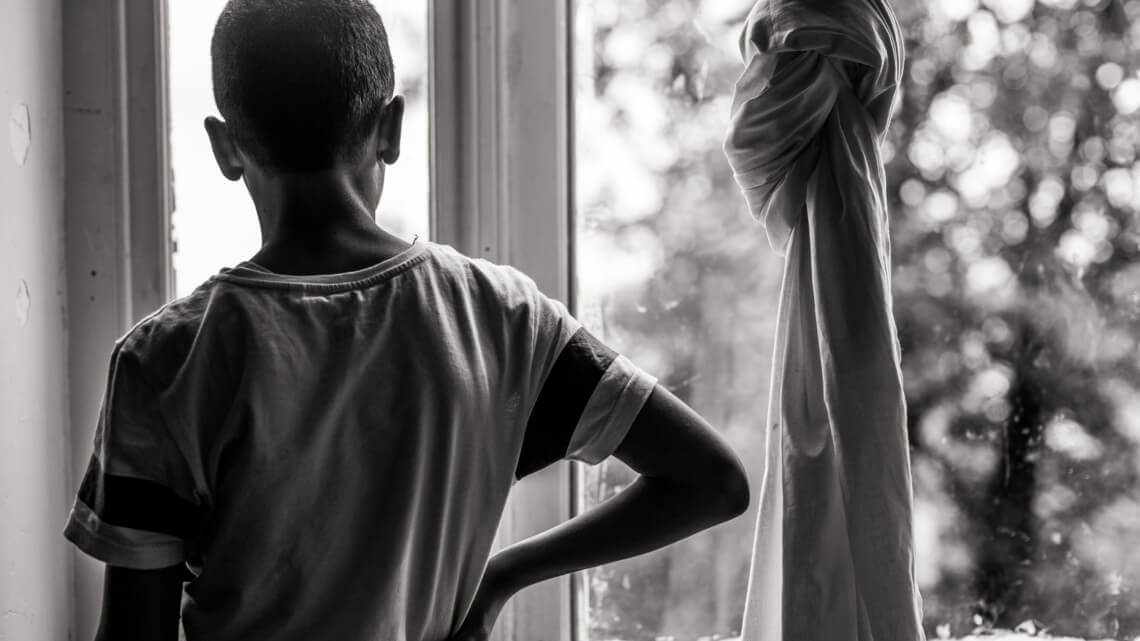 In December 2013, Caritas International held a conference in Guinea. Main topic on the agenda: voluntary return and reintegration of Unaccompanied Minors (UMAs). In addition to partner organisations from Guinea, Cameroon and Morocco, several social workers and guardians joined the event. Wim Bonny, guardian at the Red Cross, and Kleo Dubois, educational manager at Minor Ndako, an association assisting UMAs, attended the conference.

What was the purpose of this exchange between Belgium, Guinea, Cameroon and Morocco?

Wim: First of all, we wanted to open the discussion on the delicate topic of voluntary return of UMAs. Secondly, we aimed to examine how we, as guardians, can best approach the subject of return when talking to these young people. How should we take into account the local situation, and the family’s expectations?

Kleo: Until now, our organization only started talking about voluntary return when an UMA explicitly asked for it. During the 8 years I have been working at Minor Ndako, we received this question 4 times only. From now onwards, we want to discuss voluntary return much more proactively. For me personally, it was very important so learn how people in Guinea, Cameroon and Morocco experienced their return. It was interesting to hear directly from them that our way of thinking about return and our approach are not always consistent with theirs.

We need to ensure that UMAs have taken a step ahead at their return compared to the moment they arrived in Belgium, also financially.

What are the main challenges for UMAs after their return to Guinea, Cameroon and Morocco?

Wim: An important challenge for UMAs after return is to become self-reliant in the long run, and preferably financially independent from their own families. This is how they can show that their migration to Europe was not in vain and that they can meet at least some of the family’s expectations. To do so, it is crucial that they return with some ‘background baggage’.

Kleo: If young people return with this ‘baggage’ – this can be a training, or knowledge they have gained – they will have more opportunities to start something in their country of origin, and will be better prepared for their reintegration into society. We need to ensure that UMAs have taken a step ahead at their return compared to the moment they arrived in Belgium, also financially. If they have financial resources to start an income generating activity, the community will be more eager to accept the (ex-)minors. Their reintegration process will go smoother and the society will have a more positive attitude towards them.

What conditions need to be met to make a return of UMAs sustainable?

Wim: Immediately after arriving in Belgium, the UMA’s family should be involved. They should be aware of all procedures and decisions taken in Belgium. In a second phase, the return and reintegration has to be well prepared – again in consultation with the family. It is important that the decision to return is taken after discussion with the family. The local partner should also play a mediating role in the country of origin, and the UMA should be monitored after return by both the Belgian reintegration partner as well as the local partner.

Kleo: A young person should in no circumstances be left in the lurch after return. This is why consultation with the family is crucial, both in Belgium as in the country of origin. Once returned, UMAs often don’t tell the family what difficulties they faced back in Belgium. Moreover, the family does not always understand why their child has come back. Both social workers as the local partners play an important role in communicating with the family. They should start a dialogue about the reason of return, and why it is important that the UMA is welcomed by the family. In Guinea, it became apparent to me that the reintegration of UMAs is a long-term process.

Can you give an example of an UMA who has successfully been reintegrated in his or her country of origin?

Kleo: Recently, two teenagers residing in our centre – brother and sister – returned to Mongolia with Caritas International’s support. Although our social workers feared no one would care for them, everything is going fine. We were put at ease, once we started receiving their phone calls. We also receive an occasional call from a Guyanese girl who returned all by herself, and for whom it is a very big challenge to reintegrate. Without any guidance it is very hard for her to get her life on the rails again.

Which new insights have you gained during the conference?

Wim: To me the most important lesson learned is that it we should contact the UMA’s family in the country of origin from the very beginning. By providing information about their trajectory in Belgium, with the help from mediators, the family can get a realistic view on the situation.

Kleo: I used to only mention the idea of returning when an UMA was no longer entitled to stay legally in Belgium. During the conference, however, I realized that return should always be an option for young migrants – also for those who just arrived. We should break the taboo on UMAs and voluntary return.

What can you recommend Caritas International and other UMA supervisors?

Bonny: Return can absolutely be a sustainable solution. From day one, this difficult topic should be mentioned by the guardian, as well as by the social workers – without making personal judgements.

Kleo: Social workers who meet these young people daily should consider voluntary return as one of the valid options. Today, we especially focus on the guardian to speak about return with the UMA. Yet, the social workers who put these youngsters to bed and organise activities should also properly respond to questions from the UMA about return – if not, the work done by either Caritas International or the guardian is nullified.

The voluntary return of two Mongolian minors
In July 2013, 2 UMAs, brother and sister, returned to Mongolia. Returning was not an evident choice as they were both well integrated, surrounded by friends, attending school and preparing for a good future in Belgium. Since the elder sister almost reached majority and would no longer be allowed to reside in the centre, they started considering several future options, among which voluntary return. The supervisors played an important role as they gradually started to talk about the idea of returning and contacted the reintegration department when the youngsters still had residence rights in Belgium. During a first exploring conversation with Caritas International, the counsellor asked whether they still had family or friends on which they could rely. This was not evident as their sole relative, their grandmother, refused to help them at first.

Another important topic discussed was the purchase of a ‘yurt’ (tent house) to ensure housing after return. Due to their young age, the questions of schooling, counselling and airport assistance were also raised. The youngsters found it difficult to assess the situation after a long stay in Belgium. Yet, little by little, the preparations concretized after having contacted Caritas Mongolia. Upon the end of the school year, they left for Ulaanbaatar, where Caritas Mongolia was awaiting them in the airport. Thanks to their guardian in Belgium, they could temporarily stay with a friend of hers in the Mongolian capital. Meanwhile they could look for a school and a ‘yurt’ together with Caritas Mongolia. It took some time to find a piece of land at a reasonable price, but eventually managed to find a place. After some time, their grandmother was yet

prepared to move in with her grandchildren in the yurt. In this way, they could start creating a new ‘home’. They are currently reintegrating in their new environment and attending school in view of a good future.

Bridging the gap between realities in different countries, listening to and learning from each other, that was the goal of our partner week, taking place… 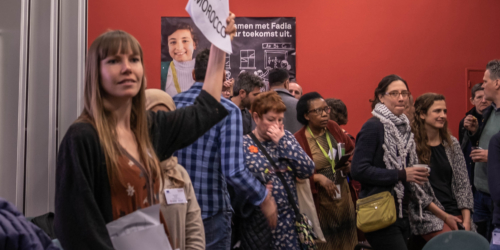 Reintegration: challenges in countries of origin

High expectations, limited resources, children who find themselves in an unknown country… After a long or short stay in Belgium, returning to one’s country of… 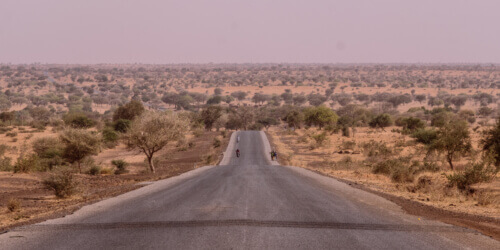 Return reinforced by the ERRIN network

From August, 2018 until May 31, 2020, Caritas International is supporting the return and reintegration of people from Morocco, India, Nepal, Russia, Ukraine, Nigeria, Ghana,… 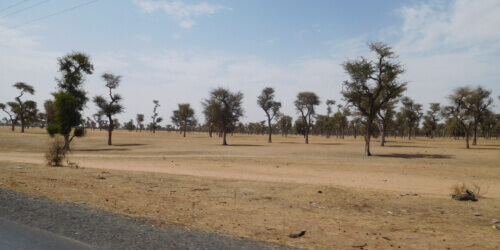 The amount of people who returned to their country of origin with support of Caritas International increases again in 2016. The list of countries of… 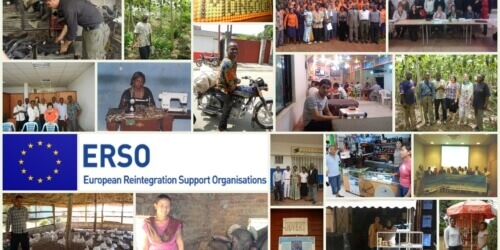 Lessons from ERSO SURE: focus on vulnerability

ERSO SURE, a joint project between NGOs from Belgium, the Netherlands, United Kingdom, Austria and Greece, started in November 2012 and came to an end… 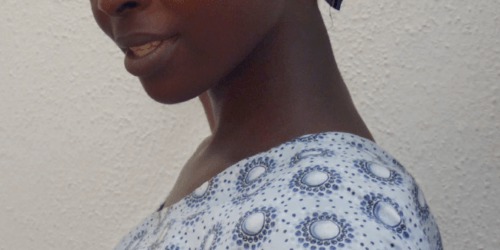 HOME project: a better return for victims of human trafficking

Last year, the pilot project HOME started under the leadership of the Dutch organization Maatwerk bij Terugkeer. The aim of the project is to improve…