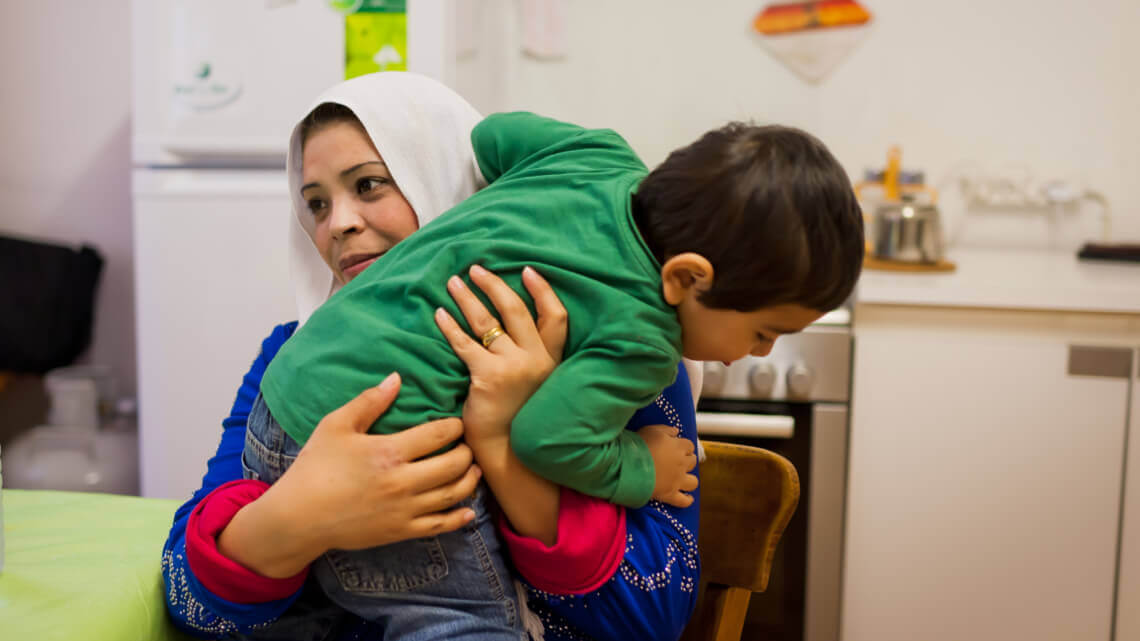 How can we find a dwelling in two months’ time when we have just received the status of admitted refugee or subsidiary protection? Who can we turn to? How do we search? How to make an appointment for a visit when you do not understand the language? Without housing there is no income and without income, no housing. Faced with this contradiction, these families or individuals need help. Caritas International has developed Housing-Cafés, a housing research project supervised by both professionals and volunteers.

One objective: to find housing for everyone, a decent housing that meets their needs! Although it is still difficult to convince some owners, the first results are encouraging. One project – 3 cities: Antwerp, Brussels, Liège.

Since April 2016, Caritas International has accompanied some fifty people and of which forty of them found accommodation with about a dozen of them still continuing to search. Some dwellings were found thanks to the contacts of the volunteers, others by the candidates themselves. The team continues to support those who are still homeless.
Among the refugees accompanied, there are Syrians, Somalis, Eritreans, Afghans, Iraqis and some Iranians.

From 1 March to 31 August, staff and volunteers welcomed 162 admitted refugees or granted subsidiary protection. The group was made up of single men, single women, and families with children, as well as couples with the national background of the group as follows: 50% Syrians, 18% Iraqis, 6% Somalis, 5% Afghans. 55% of the people have received or found accommodation and of these 89 people, 41% preferred Flanders, 40% Brussels and 18% Wallonia. The others are always accompanied.

The project truly crumbles due to the quantity of applications: 250 requests of single people or families were introduced to the service. Of these 250 applications, Caritas was able to process 130 files in 9 months during the workshop that took place twice a week. Today, 80 candidates are settled in autonomous Walloon housing. The collaborators or volunteers accompanied these candidates, sometimes until their installation, for the most isolated families or people. Particular attention is paid to 18-25 year-olds. A network of 26 owners known to demonstrate solidarity is now constituted in the region.

Coronavirus: Innovating to continue to offer support, despite the pandemic

Has your professional life been turned upside down by the current sanitary measures? You are not alone! Caritas teams also had to be inventive and…

Tens of thousands of people remain trapped in the camps on the Greek islands, including older people, people with disabilities, those with serious health conditions,…

Coronavirus: what impact on family reunification?

The Coronavirus has a huge impact on our lives and our professions. It also has an impact on family reunification. We list here, for you, the…